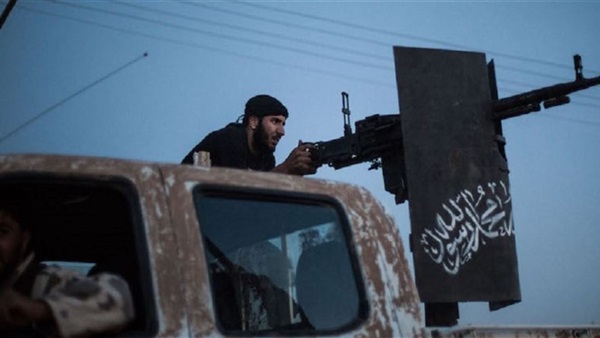 Subverting espionage and eliminating spies are the first tasks of Khalid Batarfi, the new leader of Al-Qaeda in the Arabian Peninsula (AQAP), after various elements infiltrated the organization to spy on it for the benefit of Arab countries and other organizations such as ISIS, which made eliminating these people a top priority for the terrorist organization’s new leader.

Two days after Batarfi took over AQAP, the group’s media wing released an hour-long video in Arabic and English titled “Demolishing Espionage” in which the names and confessions of a number of these spies were revealed, along with footage of their death sentence being carried out, as a number of them were shot. The aim was to cause terror in anyone attempting to infiltrate the organization and spy on it.

The video also included the confessions of some spies without revealing their identity or punishing them, as a kind of encouragement to their peers to confess in exchange for pardon.

The problem of espionage within al-Qaeda is new. In June 2014, it was announced that four spies had been killed after they confessed to planting tracking devices on vehicles so that US planes could target them. Two months earlier, 60 members of the organization had been targeted in airstrikes.

In late 2018 and January 2019, the organization had also released two long videos with the same title, showing the tough penalties against spies, including the organization brutally killing them.

Elisabeth Kendall, a researcher in Arabic and Islamic studies at Pembroke College at Oxford University, stated on Twitter that Batarfi understands that internal espionage is still a big problem, and he has shown sympathy, iron will, complete forgiveness and anonymity for the spies who surrender to him.

In a research paper entitled “Death of AQAP Leader Shows the Group’s Fragmentation – and Durability”, published by the Washington Institute for Near East Policy in February 2020, Kendall pointed out that the organization is going through its worst stage of weakness in a decade. After it was at the height of its strength between 2015 and 2016, it had controlled the eastern port of Mukalla; now it is fighting for a small patch between rugged hilltops northwest of Al-Bayda. A year and a half ago, the organization was distracted by ISIS in Al-Bayda, which has affected the number of operations the organization has claimed responsibility for, while various militias in southern Yemen are also present and attempting to recruit AQAP dissidents.

Kendall added that successive US drone strikes have led the organization to suspect that spies are among its ranks, which has paralyzed its movement and affected much of its communication. This has made the group obsessed with a war on espionage. Since 2014, it has broadcasted ten videos in the “Demolishing Espionage” series, which made AQAP supporters question whether the previous leader, Qasim al-Raymi, was himself an informant, because he was still alive throughout this period despite repeated US strikes. This contributed to further fragmentation and weakness of the group.

Batarfi assumed his position to succeed Raymi, whom US President Donald Trump announced was killed on February 7.