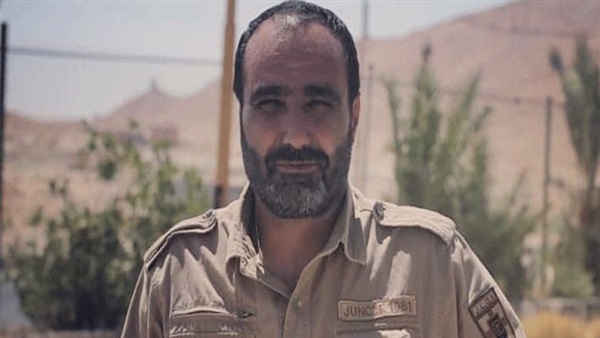 Since the beginning of 2020, the Iranian regime has been losing many of its most prominent elements and leadership. The greatest loss came with the killing of Quds Force commander Qassem Soleimani in a US strike that targeted his car near Baghdad Airport on January 3. Now, Farhad Dabirian, one of the most important leaders of the Iranian Revolutionary Guards (IRGC) in Syria, was killed by a stray bullet on March 7, according to Iranian media.

Activists on Twitter reacted to Dabirian’s death, noting that his death is a loss for the Iranian regime and reinforces the bleeding of Iranian arms in Syria, Lebanon and Iraq, especially after losing Soleimani and IRGC leader Asghar Pashapour, a close associate of Soleimani who was killed in clashes in Syria in February.

Farhad Dabirian was one of Iran’s arms in Syria, but there is very little information available about him. He was responsible for defending the shrine of Sayeda Zainab in Damascus, which was announced by the mullah regime. His real task, however, was to recruit people from Iraq, Lebanon, Pakistan and Afghanistan to join the ranks of the militia, especially those who came to visit the shrine of Sayeda Zainab.

Dabirian was responsible for leading the military operations in the Syrian city of Palmyra during the Syrian army’s battles to recover the area from ISIS in March 2016.

Iran worked to take control of Palmyra after ISIS was ousted. Hence, Syrian media announced that an Iranian militia was excavating antiquities in the city to provide the necessary funds that would enable Iran to support its militias in Syria, Lebanon and Iraq.

Rami Abdulrahman, director of the Syrian Observatory for Human Rights, said in press statements that Dabirian was directly responsible for the Iranian influence in southern Damascus. He had close relationships with both Hezbollah leader Hassan Nasrallah and Abu al-Fadl Tabatabai, Iranian Supreme Leader Ali Khamenei’s representative in Damascus.