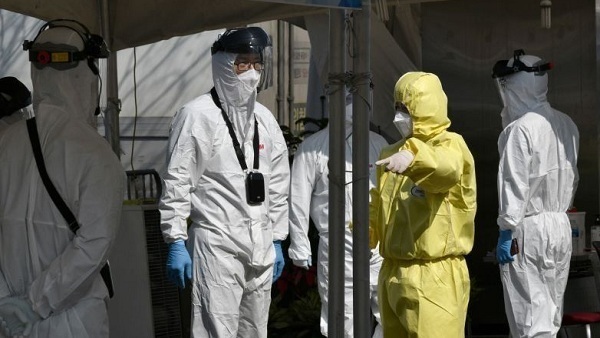 At a time when the world imposes a state of emergency to fight the threat of coronavirus, which has killed more than 5,000 people around the world while the number of infections reached about 141,000 new cases in 124 countries and regions until March 14, 2020, some religion traders who call themselves scholars and sheikhs manipulate the minds of citizens in the pervasive crisis, using the “religion” paper to spread lies and misconceptions about the virus in order to win money and absent the minds of Muslims.

Iran leads the worst rate of coronavirus outbreak in the Middle East region and has recorded 12,729 confirmed cases, and the number of deaths reached 611 deaths as of Saturday 14 March 2020.

Despite that, Iranian religious merchants are still manipulating the health of the Iranian people and leading them towards death, due to their refusal to close the religious shrines on which thousands of citizens flock.

While Iranian officials have issued warnings that the city of Mashhad, the capital of Khorasan Province, the second largest city in Iran and the interface of religious visits, has become a new focus of coronavirus demanding its isolation, officials of the religious and political establishment in Mashhad have refused to stone the city, or suspend visiting activities, inviting the citizens to visit them in order to prevent the spread of coronavirus.

In another absurd scene for religious merchants in Iran, on March 2, 2020, activists circulated videos of a group of Shiites licking shrines and Shiite shrines, defying the warnings of the medical authorities about ooutbreak, and even urged some Shiite authorities in Iran, people, to visit and be near the shrines claiming that coronavirus will not infect them there.

Not only did merchants of religion mobilize the citizens’ brains with lies to prevent coronavirus by visiting the shrines, rather they continued their deceptive approach by launching false religious fatwas.

Qasim al-Tai says: “The coronavirus does not affect loyal believers, but it may not infect Muslims who are committed to the provisions of Sharia and the virus is a punishment for human beings for what their hands have gained.”

Al-Tai called for continuing the religious rituals of Friday and Friday prayers and visiting religious shrines in Najaf, Karbala and Qom, despite the fact that the Iraqi authorities recommended not to gather in crowded places.