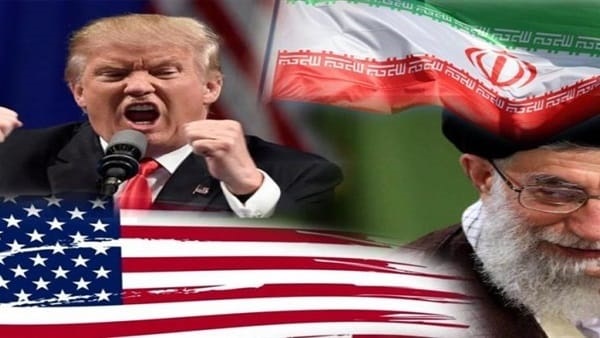 Consecutive losses: US-Iranian escalation and its impact on Iraq

Iraq is witnessing a state of military escalation against the backdrop of intensifying reciprocal strikes between US forces in Iraq against Shiite militia camps supported by Tehran following the killing of two American and British soldiers in the rocket attack on the Camp Taji US military base north of Baghdad on March 11, just days after an Iranian security official visited the Iraqi capital. The seriousness of the situation lies in the current Iraqi caretaker government lacking any powers, which implies more ambiguity on the scene coinciding with the continued penetration and escalation of influence by Iranian-backed militias within the institutions of the Iraqi state.

A new wave of escalation began after the attack on March 11, which led to a quick response by the United States. On March 13, US forces targeted weapons depots and sites belonging to Shiite militias backed by the Iranian Revolutionary Guard Corps (IRGC).

The confrontations did not stop then, but instead escalated after the Iraqi Kata’ib Hezbollah militia decided to target the same US base with rockets on March 14, which left a number of American soldiers wounded.

It is worth noting that the March 14 attack was the 23rd targeting of American forces in Iraq since the end of October, according to a statement from the US army.

The United States is keen on implementing a strategy of maximum pressure on Tehran in order to push it again to negotiate the nuclear agreement, as well as to play on the Iranian people’s lost confidence in their leaders and to move them against the mullah regime.

Accordingly, the United States made several plans focused on targeting important Iranian figures, as happened with the assassination of Quds Force commander Qassem Soleimani in January when his car was targeted with a missile near Baghdad International Airport. The convoy of Abu Mahdi al-Muhandis, deputy chief of the Popular Mobilization Forces (PMF) was also targeted.

On the other hand, Iran is seeking in various ways to get the US forces out of Iraq and the region in general in order to take advantage of regional countries and implement the regional Iranian project. This can be gleaned from Iranian figures’ political discourse, which has escalated since the killing of Soleimani so as to preserve Tehran’s reputation. The first feature of this escalation was embodied in the targeting the US Ayn al-Asad base in western Iraq.

Another goal of Iran lies in its attempt to influence the popularity of US President Donald Trump at home. Tehran sees the targeting of American soldiers and the return of their bodies to the United States as a strong blow to Trump, as it contradicts his electoral promises to return all soldiers safe to their homeland. This could reduce his fortunes, especially with the upcoming presidential election at the end of the year. Trump’s presidency is considered the strictest and most decisive in dealing with Tehran and its nuclear program, so removing him from office comes near the top of Iran’s list of goals recently.

Perhaps the urgent question now is where the Iraqi government is regarding the escalating conflict of foreign players within its territory and whether Iraq will become like Lebanon in the 1970s when it became an arena for settling political accounts.

The Iraqi government’s position on the recent developments can be seen through the recent statement of Iraqi President Barham Salih about the US attacks on Shiite strongholds, particularly those belonging to Kata’ib Hezbollah, which is one of the Shiite factions of the PMF. The irony is that Salih’s statement carried a degree of blame for the US operations, as he believes that the US attacks will lead to the weakening and destabilization of Iraq and push the country into chaos, especially with the signs of ISIS elements trying to restore their capabilities and return again.

Meanwhile, Tehran has also announced its denial of the US accusations regarding the missile attack on Camp Taji. Instead, it antagonized the Swiss ambassador in Tehran, as Switzerland takes care of American interests in Iran, and informed him of their rejection of the US accusation that it was behind the attack. This was in conjunction with the Iraqi factions denying any responsibility for the attack.

However, the factions were not satisfied with rejecting the US accusation against them, but at the same time announced their rejection of US forces targeting their sites, especially those used by Kata’ib Hezbollah.

The reactions of the Iraqi government and Tehran reflect the concerns of both of them regarding the US presence in a number of regions, to the point of accusing the American forces of spreading tensions in the region in order to prepare for the return of ISIS elements fleeing the areas of engagement with the Syrian regime. The strange thing is that the Iraqi government agrees with Iran on these allegations and believes that Washington is seeking to establish a Sunni region in Iraq’s western provinces in order to confront the Iranian-backed Shiite rise.

The alternating and reciprocal military strikes between the United States and Iranian arms inside Iraq bring up many questions, especially with the instability and deteriorating security that the country is witnessing. Will these attacks create a fertile environment to attract ISIS elements fleeing the war in Syria, or will an environment be created for the emergence of a new terrorist organization that is counterpart to ISIS? The severity of the situation is reinforced by the weak and limited powers of Iraq’s current caretaker government, as the formation of a new government has faltered, as well as the apparent Iranian penetration within the state’s joints, which reduces the state’s ability to face this challenge.