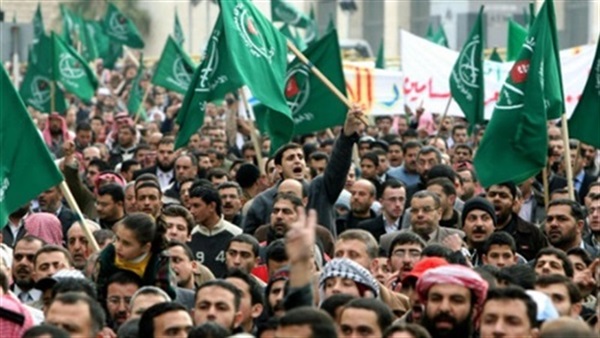 Brotherhood seeks its own interests at Algerian state’s expense

The emergence of the Muslim Brotherhood in Algeria coincided with an agricultural wealth bill passed in 1976 during the rule of late president Houari Boumédiène. The organization then took advantage of the bill and promoted the bill was a conspiracy against poor and middle-class families.

Divisions erupted after the Muslim Brotherhood set up its first branch in Algeria. Many pro-Brotherhood entities were formed in Algeria.

The Movement of Society for Peace, a branch of the Muslim Brotherhood, has wooed Algeria regime since it was founded in 1989. The Movement has preferred rapprochement with the regime, while the mainstream Brotherhood sought an Islamist state.

The Movement’s founder, Mahfoud Nahnah, adopted a strategy based on participation and pragmatism. He considered that an Islamist state can only be founded through the existing state. Meanwhile, the Algerian state was taking measures against the Brotherhood.

Abderrazak Makri, the present head of Movement of Society for Peace, relies on the same pragmatic approach. He prefers dialogue with the regime. Such an approach has maintained the Movement’s position as the main political player in Algeria.

However, such strategy has weakened its claims to be an opposition power and lost some support from the Algerian public.

In this regard, Alaaddine Makoura, the editor-in-chief of Al-Khabar news portal, said that the Muslim Brotherhood is joining forces with any party for its own best interests, noting that the organization wooed Algeria’s former regimes.

“The Muslim Brotherhood was the regime’s pawn taking sides with parties that ensure its survival,” Makoura told THE REFERENCE.

For his part, Ismail al-Sheikh, a member of the Ennahda Shura Council, said that the Muslim Brotherhood in Algeria is dominated by a number of concepts like patriarchy and single leader as well as the founding generation.

“All of these concepts should be reviewed so that the organization can get rid of such old ideas, which contradicts reality and religion, which rejects the struggle of generations or classes,” al-Sheikh explained.

“The Brotherhood is wrong as its members are only loyal to individuals, and they never say the truth or criticize their leaders,” he noted.

Al-Sheikh added that the Movement of Society for Peace and Ennahda lost from their participation in the presidential alliance and their popularity declined, pointing out that there are no big differences between the two movements.