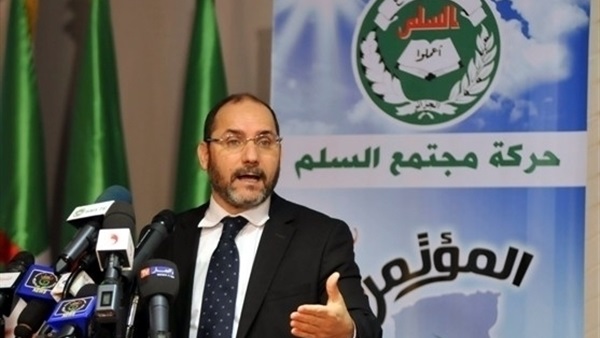 Brotherhood of Algeria: Suspicious posts in tops of the Arab and Islamic ranks

During the Islamic Kuala Lumpur Summit, which was held in Malaysia in December 2019, the brothers of Algeria were present in the scene of active participation in that summit, through their man, Abdul Razzaq Maqri, leader of the Peace Society Movement, Hamas, through assuming the role of Secretary-General of the summit.

The Malaysian Prime Minister, Mahathir Mohamad, called for that summit, which he described as a mini-summit, attended by Iranian President Hassan Rouhani and Turkish Recep Tayyip Erdogan, in addition to the Emir of Qatar, Tamim bin Hamad.

Initially, the inauguration of that summit came, in the presence of the heads of 5 countries, which are Turkey – Qatar – Indonesia – Pakistan, without mentioning Iran’s participation in the summit, before each of “Indonesia and Pakistan” decided to back down from the participation.

According to what was published by the official website of the Kuala Lumpur Summit, the summit is known from the year 2020 as the Perdana Foundation for Dialogue of Civilizations, headed by the Malaysian Prime Minister, and its 5 deputies.

In a statement, reported by the Algerian newspaper, “Al-Shorouk Al-Youm”, on December 18, 2019, Abdel-Razzaq Mokri said that the aim of that summit is to draw the milestones of development, which preserves sovereignty and restores to Islamic civilization its luster.

He added, “One of the most important characteristics of this summit and this project is backed by a wide network of personalities, scholars, politicians, thinkers, NGOs, and grassroots civic institutions, in more than 50 countries. ”

According to the Algerian writer, Osama Al-Rantissi, in an article entitled “Malaysia: The New Destination of Hajj for the International Muslim Brotherhood!”, Wednesday, December 18, 2019, the Kuala Lumpur Summit 2019 represented a new destination for the elements of the international organization of the Brotherhood, considering that it discussed its agenda, how to convey Brotherhood leaders from Qatar and Turkey to Malaysia, as a new lifeline, after pressure increased on Doha, from the presence of those expelled from their countries, so that it became the capital of the displaced from the group.

For his part, Sameh Eid, a researcher in Islamic movements affairs said, “The Brotherhood of Algeria has been a weak faction within the Islamic Front in the country, since 1992, and then they allied with the military authority, which made them subject to condemnation by Islamic currents, noting that the participation of elements of the Muslim Brotherhood Algeria at the Kuala Lumpur summit last year weakened their stance, as they classified that summit as suspicious.”

He added in statements to the Reference that the Algerian brothers did not win any parliamentary elections, that would make them dominate the political scene, indicating that they would not be able to win popular sympathy, because the Algerian people reject political Islam, and tend to the left or right movement because French culture dominates it more.