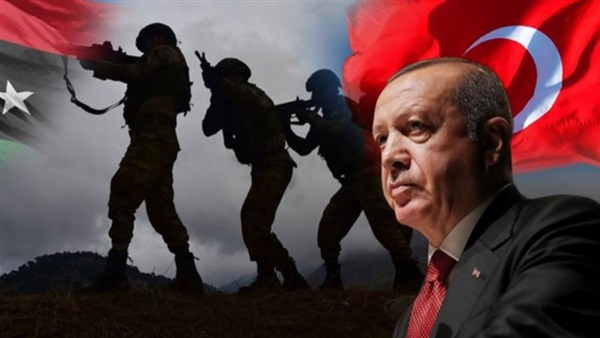 The breach of the armistice in Libya by Al-Wefaq militia and the mercenaries of Turkish president Recep Tayyib Erdogan is not new. This comes despite calls for an international armistice to stop the fire and focus on the efforts of all state institutions at the present time to confront the spread of coronavirus (Covid 19).

The Al-Wefaq militia has another opinion, as it carried out air strikes in the Al-Washeka area near the Libyan city of Sirte, east of Tripoli.

The Al-Wefaq militia, accompanied by Erdogan’s mercenaries in Libya, renewed its breach of the armistice and its calls, despite the Libyan National Army’s welcome on Saturday 21 March 2020 to the call issued regarding the cessation of hostilities for humanitarian purposes in response to confronting the coronavirus as the General Command of the Army indicated that it still welcomes every effort to ensure the dismantling of militias and the handover of its weapons as well as the expulsion of Turkish and Syrian mercenaries from Libya and the elimination of terrorism.

However, the Fayez al-Sarraj militia and the Ankara mercenaries have another opinion, as it used the armistice to launch attacks on the national army, as well as to continue to smuggle weapons.

On Saturday evening, March 28, 2020, a Turkish plane launched a random bombardment on the sites of the Libyan National Army forces on the outskirts of the city of Sirte, western Libya, killing a number of its prominent leaders, headed by Major General Salem Driaq, the commander of the Sirte Operations Room and his assistant, Brigadier Gaddafi al-Sadai.

This came one day after the death of Brigadier Ali Sidi Al-Tabawi, commander of the Libyan Army’s “Battalion 129”, in the Al-Washaka axis, west of the city of Sirte, with an air strike carried out by a Turkish pilot plane that launched from the air base in Misurata – according to the Libyan National Army.

The spokesman for the Libyan National Army, Major General Ahmed Al-Mismari, announced that the Al-Sarraj militia violated the humanitarian truce in Libya, as it launched a barrage of missiles indiscriminately at the Sharhara area, north of the city of Tarhuna, which called the Council of Sheikhs of Tarhuna City to demand the Libyan National Army to work on ending the presence of Al-Wefaq forces as soon as possible.

The Libyan National Army did not remain silent on the violations of the Ottoman mercenaries of the Agha and Al-Wefaq militias, and a number of armed militia leaders were killed in the clashes that took place between the two sides, led by the leader of the Al-Sarraj militia called Ali Shanak.

The Libyan National Army took control of the cities of Zlitan, Jameel and Rikdalayn, and other areas close to the Tunisian border, but it faces fierce resistance by the reconciliation forces backed by Erdogan’s mercenaries in the areas of Wadi Zamzam, Bugrin and Al-Hashha, located south of Misrata and Mehri Al-Washaka and Qaddiyah, west of Sirte.

On the other side, Al-Wefaq government announced on Thursday March 26, 2020, its launch of a so-called “peace process” – in a step to break the humanitarian truce – as it seeks to escalate the military action there after strengthening its stalemate by Erdogan’s mercenaries that assist it in its operations.

Terrorism is against the forces of the Libyan National Army, despite calls by the United Nations for a ceasefire and the focus of the efforts of all state institutions in confronting the spread of the coronavirus.