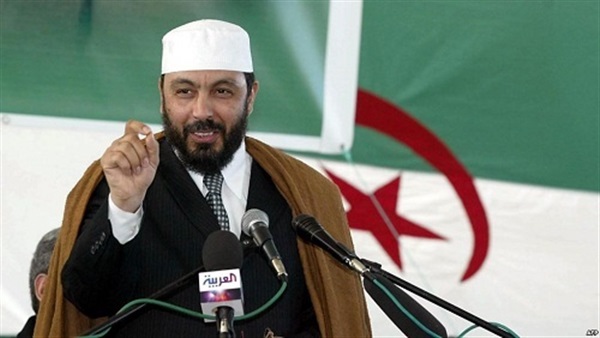 With his contradictory opinions, colorful stances and defamation of his country, Justice and Development Front (FJD) leader Abdallah Djaballah has been able to lead the Algerian political scene, but through confusion and controversy, after he tried to jump on Algeria’s popular movement, deliberately twisting the facts to serve the interests of his group, which is classified as terrorist in more than one Arab region.

Corona and the Brotherhood

Djaballah took advantage of the spread of the corona virus worldwide and in Algeria in particular, as he launched a campaign against Algeria’s Ministry of Endowments, intentionally pitting Algerian public opinion against the ministry and its scholars and against the state because of the suspension of group prayer in mosques to prevent the disease from spreading, even though he knows this measure is to neutralize the virus by preventing gatherings.

The Algerian Brotherhood member also took to local satellite channels to call for a rejection of stopping the popular movement, urging for the continuation of protests without taking into account the seriousness of demonstrators in light of the ban on gatherings due to fear of a deadly virus outbreak.

When no one answered his deadly call, he accused the government and criticized its measures to contain and confront the virus.

Saad Abdallah Djaballah was born on May 2, 1956 in Algeria’s eastern Skikda Province. He obtained his high school diploma and then joined the Faculty of Law at the University of Constantine, graduating in 1978.

Djaballah crept into politics through Islamic activism early in 1969 when he was just 15 years old, according one of his TV interviews.

Since his political career began, Djaballah has adopted the position of the Islamist opposition, influenced by the ideas of Sayyid Qutb and Brotherhood founder Hassan al-Banna, as well as the writings of Yusuf al-Qaradawi.

Djaballah is one of the founders of the Brotherhood in Algeria. In 1974, he founded a secret organization known as the Djaballah Group, which was known in 1987 as the Islamic Group, according to the Algerian newspaper Echorouk.

According to the newspaper, Djaballah was a founding member of the Islamic Da’wa League with Sheikh Ahmed Sahnoun, who was the spiritual father of the Algerian Brotherhood.

Echorouk, which deliberately exposed the Brotherhood, pointed out that Djaballah had opposed the draft of the National Charter and rejected the socialist approach to power in the mid-1970s, when he was arrested and interrogated for the first time, especially since he had wanted to overthrow the regime at that time.

Djaballah was imprisoned more than once, having been accused of incitement through his religious sermons. He was imprisoned in 1982 and 1984, and then he was arrested again in late 1985 with a group of Islamist group leaders.

He also boycotted the elections on April 17, 2014, justifying this due to the absence of conditions guaranteeing the integrity and transparency of the elections.

After the bloody events of October 1988, Djaballah was a member of the Islamic Renaissance Association (Ennahda) and the Association of Algerian Muslim Ulema (AOMA).

On July 30, 2011, Djaballah announced the establishment of a new political party, which bore the name of the Justice and Development Front. The party calls for the Islamization of society and claims that it seeks development and opportunities for young people, as well as real reconciliation in Algeria that contributes to the return of political rights for all Algerians, including members of the Islamic Salvation Front. The party participated in the last legislative elections of 2012, when it won seven seats in parliament.