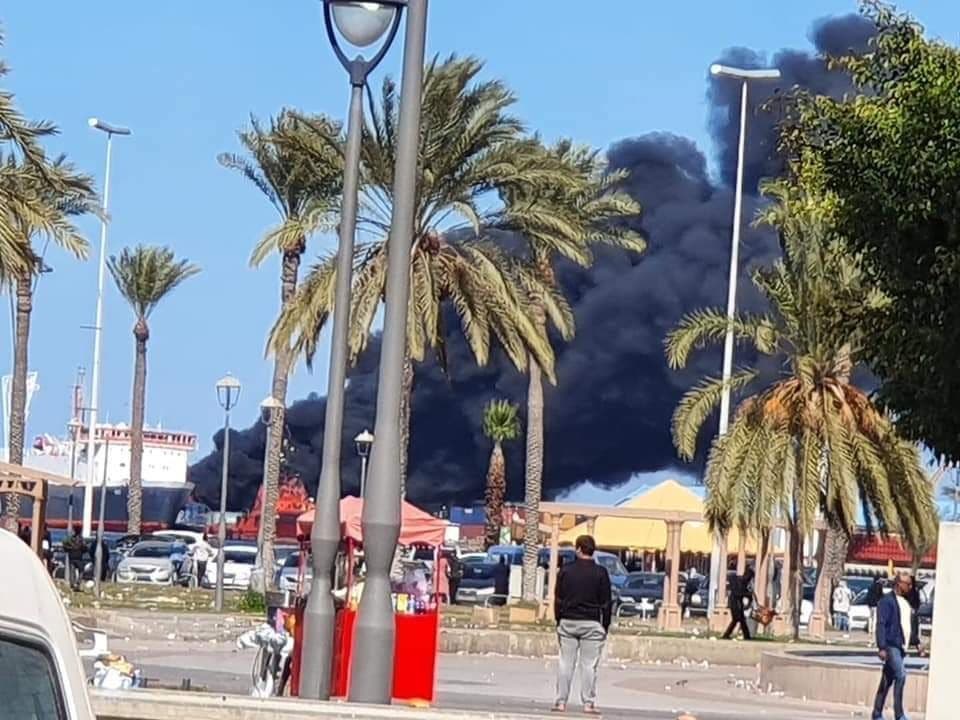 “The Turkish ship loaded with weapons and ammunition docked this morning in the port of Tripoli was destroyed,” said a statement from the LNA’s media center.

A Reuters reporter in Tripoli, which eastern forces have been trying to take, could see heavy smoke billowing from the port area. A port source said a warehouse had been hit.

Turkey has sent troops and weapons to support the Tripoli-based Government of National Accord (GNA), which is fighting against the LNA, led by Gen. Khalifa Haftar, for control of Libya. Ankara has also been accused of sending Syrian mercenary fighters to the country, including freed ISIS prisoners.

The presence of the Turkish ammunition ship comes despite the European Union’s attempts to enforce an arms ban on Libya.

“The arms embargo has become a joke, we all really need to step up here,” said UN Deputy Special Representative to Libya Stephanie Williams on Sunday.

In 2019, Turkish President Recep Tayyip Erdogan signed a disputed deal with GNA Prime Minister Fayez al-Sarraj that gave Turkey maritime rights to vast swaths of the eastern Mediterranean. The deal has been rejected by the EU, which backs its members Greece and Cyprus, and other countries including Egypt.

The LNA also rejects the deal, accusing Turkey of trying to turn Libya into an Ottoman province.