Latest Posts
14:49
Home Documents The reference publishes a letter of a Former jihadist to Mubarak 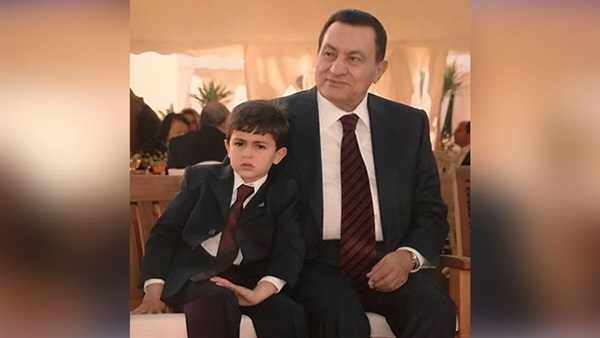 The reference publishes a letter of a Former jihadist to Mubarak

Sabra al-Qasimi, Islamic Alliance to Support Stability’s coordinator and a former jihadist and founder of Islamic Jihad intelligence, sent a letter to former President Hosni Mubarak, on the occasion of his 86th birthday.

Al-Qasimi sent a letter of thankful to Mubarak, in 2014, on the occasion of his birthday, in Maadi Military Hospital.

Here the Reference publishes the text of al-Qasimi’s message to Mubarak:

“In the name of Allah, the most Merciful, the most gracious “O you who have believed, be persistently standing firm for Allah, witnesses in justice, and do not let the hatred of a people prevent you from being just. Be just; that is nearer to righteousness. And fear Allah; indeed, Allah is Acquainted with what you do.(9) Allah has promised those who believe and do righteous deeds [that] for them there is forgiveness and great reward.” Al-Ma’idah (8-9).

His Excellency President Mohamed Hosni Mubarak: Happy birthday to you, hoping the well for the Islamic nation and the Arab and all Egyptians. I ask Allah the good health, wellness safety and happiness for you. I really have no words could describe my feelings toward you.

I presume that no leader in the Arab region like you, we spent 30 years under the rule as the sons in their father’s home.

We have opposed you, but never hate you at all due to your fairness with everyone even in the darkest circumstances when they wanted to assassinate you.

The leader has mercy on his opponents, and the leader is courageous and pioneering even with his enemies. You were truly worthy of this leadership. I hope if I could to kiss your head in recognition of your wisdom.

A whole generation of Egyptians, supporters and opponents, owes you for their education, health, and stability.

Happy birthday for you sir. With pride, Allah keep you for Egypt and the Egyptians.

With my best Regards

According to Al-Qasimi, Mubarak received the message and thanks him.