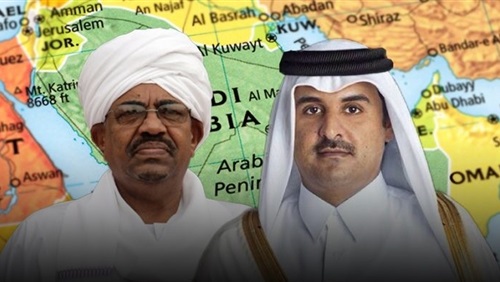 The Economy…Brotherhood’s Card to bring Sudan down

Qatar and Turkey put Sudan hostage in the hands of the Muslim Brotherhood and extremist and terrorist groups, via internal crises such as the lack of fuel, bread and the deterioration of the Sudanese currency.

The Brotherhood’s battle is to bring down the transitional council and Sudanese government and the sovereign council.

In the past few days, the crisis of bakeries in Sudan and the high price of bread have caught in Sudan.

The Brotherhood controls the bread market in Sudan with different and multiple tools between controlling the supply of wheat, or the gas used in making bread, or the bakery network that is run by the National Congress Party from behind the curtain and constitutes one of the most important sources of plundering the money of the Sudanese people.

The capital and a number of cities in Sudan witnessed a great shortage of flour.

According to the follow-up, the past period witnessed a muffled struggle between the Sudanese Ministry of Finance in the interim government, some agents and some bakery owners against the background of control imposed on them by the resistance committees in coordination with the ministry.

Elements of the Brotherhood take control of the dissolved Sudanese Bakeries Union.

And recently, the Sudanese Ministry of Finance paid part of the dues of the grain companies as arrears, and the companies committed themselves to work in full capacity to produce what covers the country’s needs every day.

Follow-ups to the Freedom and Change Forces Media Committee revealed a solution to the exact problem of the Ministry of Trade and Industry receiving about 73,000 bags from companies after their production on Thursday was 53,000 bags, to be completed to 100,000 bags starting from tomorrow, Sunday, knowing that the country’s actual need is 80 One thousand bags daily.

Although 10 months have passed since al-Bashir was removed, without a fuel crisis as it was used to during the time of brotherhood, the past days saw Sudan try to manufacture a fuel crisis in the street to overthrow the “table” on the transitional phase.

During the past weeks, repeated attacks on the oil pipelines in Sudan, as well as the deliberate disruption of fuel transport operations, by the Brotherhood sleeper cells and with the support of the Qatari regime, which seeks to undermine and bring down the Sovereign Council and the Abdullah Hamduk government.

The Sudanese Minister of Energy and Mining, Engineer Adel Ali Ibrahim, said today, Sunday, that the fuel crisis was caused by sabotage of the carrier line from Port Sudan.

Ibrahim added that the Sudanese engineers were able to repair the line and the flow of fuel would return to normal.

On the electricity crisis, the Sudanese Minister of Energy and Mining said that for electricity there were some breakdowns in the thermal power plants that had been addressed and the electrical supply would stabilize.

The deterioration of the Sudanese currency

The plan “brotherhood to bring down Sudan and return to power with the support of Qatar and Turkey, does not stop there, but also extends to the economy as it worked to end and bring down the Sudanese pound, with currency smuggling and spreading rumors, which led to the deterioration of the value of the Sudanese pound, threatening the living conditions of the citizen, Which aims “cobs” behind the street rampage in factional demonstrations and the manufacture of “famine” in the country.

The rule of the “Brothers of Sudan”, which lasted for three decades, led to the devaluation of the Sudanese pound at unprecedented rates, as its value fell from 12 pounds against the dollar to 65 thousand pounds in the parallel market now, taking into account the three zeroes drawn from the currency.

And set the Central Bank of Sudan, on Sunday, the purchase price of the US dollar against the Sudanese pound on Sunday at 50.4000 pounds and sale, up 0.5%.

In order to remove the Sudanese exchange market from the “hands”, a legal committee in the Sudanese government announced Thursday (February 6) the dissolution of the Boards of Directors of the Central Bank of Sudan and 11 other banks, with the managers of eight banks being exempted from their posts, and the Governor of the Central Bank maintained his position, a committee was formed.

The Sudanese economist Abdul Rahim identified the economic feature of the counter-revolution in the almost total control of the Brotherhood’s elements over most of the state’s joints, institutions, and commercial and economic companies.

In a newspaper statement, Professor of Economics at the University of Khartoum, Mohamed Al-Jack estimated the cumulative size of the economic effects resulting from corruption practiced by the national conference networks in force during the past three decades, at hundreds of billions of dollars.

Al-Jack notes the direct impact of looting tens of billions and smuggling them abroad, and thus taking them out of the Sudanese economy and the intended policies that led to the sale of dozens of huge institutions in deals marred by many aspects of corruption, in addition to the indirect impact that was represented in the loss of billions of dollars from The returns that could have been collected in the event of a transparency and accounting approach.