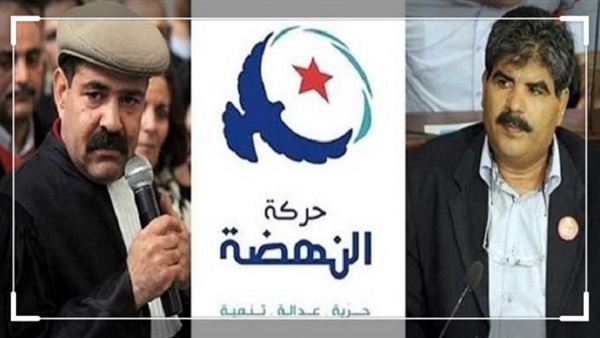 Stolen documents condemning Ennahda in assassinations of Belaid and Brahmi

Seven years after the assassination of Tunisian activist Chokri Belaid, the defense committee for Belaid and Mohamed Brahmi is still suffering from the theft of documents that condemn Tunisia’s Brotherhood-backed Ennahda movement and its secret apparatus from the headquarters of the Ministry of Interior and from the indictment division of the Court of First Instance in Tunis.

Iman Qazarah, a member of the defense committee for Belaid and Brahmi, said that the defense committee suffers from the theft of documents condemning Ennahda. She noted that one of those accused of assassinating Belaid had been detained in 2013 in the National Guard barracks, but before he would talk about the assassination, he requested to meet Ennahda leader Ali Al-Areed, who was the interior minister at the time of Belaid’s assassination.

Qazarah revealed that the investigations uncovered information about the location of the weapons used in the assassinations of Belaid and Brahmi, close to the Tunisian coast.

The search for weapons, which were photographed and documented by the authorities, continued for four days, but the documentation was stolen. The defense committee was unable to obtain the video or records of finding the weapons, forcing the court to characterize it as a terrorist crime and to transfer the case to the head judiciary for terrorism. Lawyer Reda Al-Radawi, a member of the committee, revealed that one of defendants directly involved in the killing of Belaid was working for Ennahda leader Rachid Ghannouchi in his home.

February 6, 2020 marks the seventh anniversary of the assassination of Belaid in front of his house, while Brahmi was assassinated in the same year on July 25, 2013.

According to previous reports by the Reference, Radawi revealed details about Ennahda’s relationship with the two assassinations. He also said that he had found information about the Ennahda’s secret organization, which was initially named the “security apparatus,” in accordance with the Brotherhood’s proposal.

Radawi added that this apparatus, which consisted of six people headed by Ghannouchi, received intelligence training by an Egyptian Brotherhood delegation. The delegation was said to have arrived to offer a course in agriculture, but this enabled Ennahda to spy on official institutions in the country for the benefit of foreign bodies, including Italian intelligence.

The theft of the documents comes at a time when Tunisia is witnessing a crisis in the formation of the new parliamentary government that Tunisian President Kais Saied is mandated to form.

Ennahda is working hard to complicate the political scene in the country, worrying that a government will be formed away from its meddling hands, as there have been reports that it officially rejects the proposal to form a government based on talent.

Ennahda adheres to the government of national unity, which includes the participation of all parties involved in forming the government without excluding any party, in reference to the Heart of Tunisia party, which Prime Minister-designate Elyess Fakhfakh has refused to allow participate in his government.

For his part, writer and political analyst Belhassen Yahyaoui said that Ennahda does not want Saied’s government, given that it has the final say in the passage of the government because it obtained 52 seats in the parliament.

Yahyaoui added in press statements that Ennahda has nothing to lose, as its Shura Council has expressed its willingness to run for early electoral elections, noting that it wants to keep the government in its hands, especially the Ministry of Justice in order to cover up its secret apparatus.