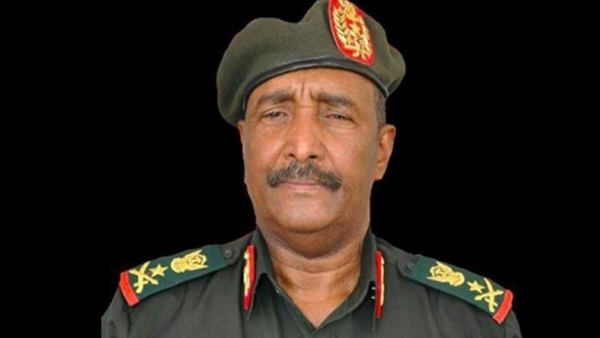 The terrorist Muslim Brotherhood group in Sudan has sought desperately to drive a wedge between General Abdel Fattah al-Burhan, head of Sudan’s sovereign council, and Prime Minister Abdalla Hamdok following a meeting between the Sudanese Premiere and his Israeli counterpart Benjamin Netanyahu on February 3.

The group further sought to sow discord among the people of Sudan following the meeting, as spokesperson of the group in Egypt, Ahmed Assem, posed on Facebook that “the free people of Sudan should never agree to normalization with the Zionists.”.

Netanyahu and Burhan met in Entebbe on Monday at the residence of Ugandan President Yoweri Museveni, a fact the two only disclosed after the meeting took place.

Reports have hinted after the meeting that it had been aimed at helping remove the US designation of Sudan as a state sponsor of terror.

Another member of the Muslim Brotherhood in Sudan, namely Kamal Omar, told Doha-based Al Jazeera that al-Burhan has no political or constitutional right to make any deals with Israel, pointing out that Hamdok knew nothing about the meeting, which al-Burhan denied.

“We believe that the Sudanese revolution did not take place for that, and we trust that the Sudanese people, like all Arab peoples, are against the so-called deal of the century and all its consequences,”he post added.

Moreover, the Muslim Brotherhood in Jordan issued a statement that accused al-Burhan of treason to the Sudanese people who always supported the Palestinian cause and people with utter rejection to normalization.

Also, Khartoum-based Salafi preacher Abdel-Hay Youssef, who is also known for his support to the Muslim Brotherhood and relations with al-Qaeda and Daesh has claimed the current government came to power throw a coup, not a popular revolution.

In this regard, Mohamed Ezz ed-Din, researcher in African affairs, told The Reference in an interview that Qatar is seeking to sow discord and spread chaos in Sudan, and this time by driving wedges between the current authority and igniting public opinion.