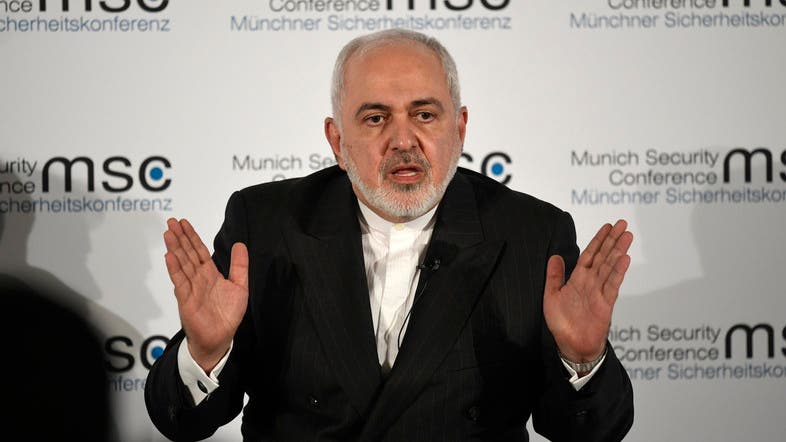 Murphy, a Democrat from Connecticut, is the latest Western official to meet Iranian regime officials in the months after Iran shot down the plane.

US Secretary of State Mike Pompeo responded to the news of the meeting.

Pompeo referred to the US treasury decision in July 2019 to designate Zarif for acting for the Supreme Leader of Iran, Ali Khamenei. In April 2019, US President Donald Trump designated Iran’s Islamic Revolutionary Guard Corps (IRGC), and its Quds Force, as a foreign terrorist organization.

In January, Iran’s aviation authority said it would not hand over flight recorders from the Ukrainian passenger plane that killed all 176 people on board. At the tailend of December, an American civilian contractor was killed and several were wounded in an Iranian rocket attack on an Iraqi military base where the contractors were housed.

“If they met, I don’t know what they said. I hope they were reinforcing America’s foreign policy and not their own,” Pompeo said.

“Not a good look to see PM Trudeau with smiling FM Zarif,” tweeted Bessma Momani, a professor of international relations at the University of Waterloo.

In early January, European Union High Representative Joseph Borrell met with Zarif to discuss recent developments in Iraq, the need for de-escalation and the importance of preserving the Joint Comprehensive Plan of Action (JCPOA) nuclear deal, said a press release on the EU’s website.

“The High Representative offered his full engagement to contribute to de-escalation,” the statement read.

Despite Iran’s continued malign activity in the region, Western governments continue to engage with Iranian officials. Some see this as a legitimization of Iran’s actions in the Middle East and meddling around the world.

Murphy, who allegedly met with Zarif during the Munich Security Conference, has been a vocal advocate of cooperating with Iran and backed the Iran nuclear deal. He also criticized America’s decision to kill Soleimani.

In 2017, before Trump officially withdrew from the JCPOA nuclear deal in May 2018, Murphy said in an interview “The President is about to impose on himself and this country a dramatic self-inflicted wound because by pulling out of this agreement, Iran will go back onto a path to develop a nuclear weapon.”

In an interview with US news program “Face the Nation,” Murphy said: “We do not generally execute high-level political figures of sovereign nations, in part because we know that that opens a Pandora’s box that may expose American officials to assassination, but also because we know that ultimately that might get more Americans killed, as it likely will in this.”

No Americans have yet died in retaliatory Iranian strikes, but over 100 US troops were found to have traumatic brain injuries after a January 8 Iranian missile attack on an Iraqi military base that held US personnel.

Murphy has also been vocal in his calls for a restrained US approach to Iran and has spoken at the National Iranian American Council (NIAC), a pro-Iran lobby.

In January, three Republican senators, including Ted Cruz (TX) and Tom Cotton (Ark) asked the US Department of Justice to investigate NIAC, which they believe acts as a “foreign agent of the Islamic Republic.”