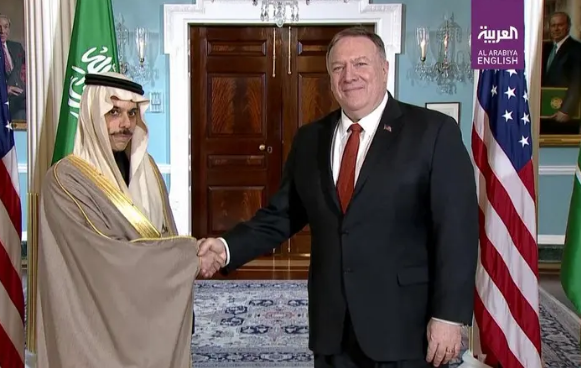 This is the second time in three months that Pompeo and the Saudi Arabian Foreign Minister have met.

Prince Faisal bin Farhan was in Washington last November to take part in the meeting of foreign ministers from the global coalition to defeat ISIS.

US-Saudi partnership is critical as we confront Iran’s destabilizing behavior. We also share an interest in de-escalation in Yemen. Glad to meet with Foreign Minister Faisal bin Farhan Al Saud on these regional security issues,” Pompeo tweeted after his meeting with Prince Faisal bin Farhan.