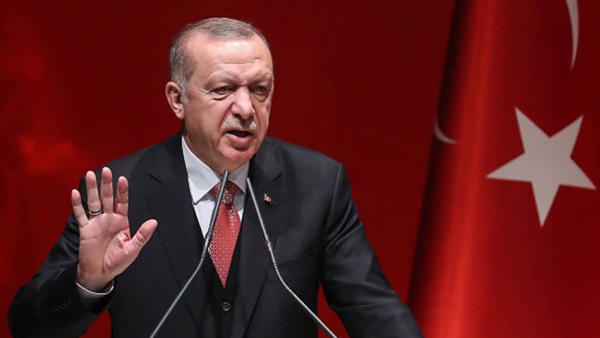 Turkish President, Recep Tayyip Erdogan, used the so-called coup attempt in 2016 to get rid of all his opponents in all fields.

Erdogan has controlled all state institutions in Turkey, including the army, police and the parliament. The Turkish president also targets his opponents everywhere else in the world.

Erdogan is now in a bid to allow the members of his party to be armed. He submitted to parliament a bill in this regard. The law, he says, is important for the party members to aid police and the army in fighting crime and enforcing the law.

Called “Night Guards”, the bill shows that Erdogan follows on the footsteps of his grandparents who were only keen on protecting their own thrones.

The bill tightens the grip of the ruling Justice and Development Party on power. The bill gives the party members financial advantages and social prestige.

This comes at a time the party is losing support on the streets because of the economic crisis in Turkey. This was manifest in the loss by the part of the latest mayoral elections in most Turkish cities, especially in Turkish capital, Istanbul.

By trying to get the controversial bill approved by parliament, Erdogan also works to boost his presence in power and sabotage any attempt to remove him from power.

The bill is a clear indication that Erdogan wants to control Turkey altogether. This control will turn Turkey into a country of militias and revolutionary guards.

The Turkish president implicated his country’s army in foreign wars in Syria and Iraq. He also detained a huge number of army officers and generals under the pretext that they participated in the 2016 coup.

Erdogan will most likely succeed in getting the new bill approved by parliament which is controlled by his party members and loyalists.

After all, the same parliament approved his requests for deploying troops in Syria, Iraq and Libya, even as the majority of Turkish citizens opposed this.