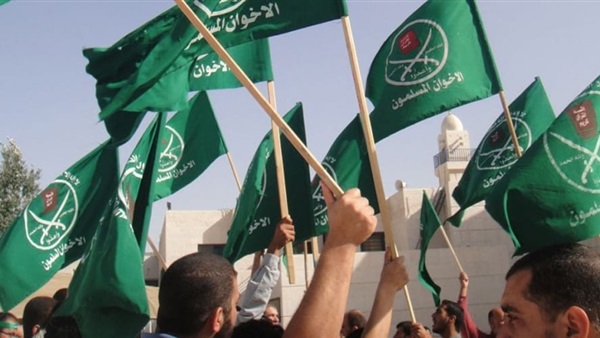 The annual report issued by Morocco’s Supreme Council of Accounts on political parties revealed that the Justice and Development Party (JDP), the country’s Brotherhood arm and the leader of the government coalition, comes at the head of the richest Moroccan parties, with financial resources in 2018 amounting to more than 38 million dirhams.

According to the report, there are renewed questions about the sources of funding for the Brotherhood’s JDP, especially since other parties have demanded on more than one occasion the necessity of revealing the nature and sources of funds entering the JDP treasury.

In July 2019, two allied parties in the Moroccan government, the JDP and the National Rally of Independents (NRI), exchanged accusations about the sources of funding for the JDP. Youth and Sports Minister Rachid Talbi Alami questioned the JDP’s mysterious sources of funding, believing it to be linked foreign parties.

The reciprocal criticism lasted for nearly a week, as Alami, the number two man in the NRI, hinted that the JDP obtained funds from outside Morocco, demanding the JDP’s current leadership to have the political courage to reveal the source of the funds it receives from outside the kingdom.

The JDP discussion about investigating the corruption of those responsible for the Moroccan national team’s exit from the African Football Championship stirred Alami’s anger, so he called for an investigation into the JDP’s funding as long as they want to disclose the team’s expenses. Alami stressed that his party is funded from the pockets of its members, while no one knows who finances the JDP from abroad.

A Spanish newspaper reported about the scandal of Barcelona’s mayor funding two associations affiliated with the Moroccan JDP, amounting to €21,800. The article, published in October 2019, revealed that the Office of Research and Studies in Economy and Islamic Finance and the Islamic Financial Services Cooperative are headed by JDP MP Najat Lutfi.

The article criticized the dual citizenship of the JDP leadership, which practices its professional and political activities in Morocco and Spain at the same time in a comfortable manner, despite the fact that Spanish law requires new citizens to abandon their original nationality.

The funding obtained from the two associations has caused a wave of controversy. Activists affirmed that the JDP belongs to the international Brotherhood organization and limits women’s freedoms, which contradicts the principles of the Barcelona municipal council led by Mayor Ada Colau, which has given support to associations that will spread extremist ideas and expand the base in Europe and Latin America. The official spokesman of the People’s Party of Catalonia asked Colau for clarifications.

The issue of Doha’s support for Islamist currents in Morocco has been raised since May 2016, with Moroccan media platforms close to the JDP benefitting from the huge amount of Qatari funds in order to serve a clear political agenda aimed at polishing the party’s image, defending its leaders and confronting its opponents.

According to the Moroccan daily Al-Akhbar, one of those who benefitted from Qatari funding is Mohamed Lagross, who runs the news site Al3omk Al Maghribi, which turned out to have benefited from Qatari funds from Azmi Bishara, general director of the Doha-based Arab Center for Research and Policy Studies and owner of the London-based site Arabi21, after the Arab Spring, which brought the JDP to leadership of the government in Morocco.

Lagross took advantage of a grant of $100,000 per year to finance the website that he manages, but under the cover of a partnership agreement signed on May 10, 2015, which extends for four years, between the Arabi21 director and the Rabat-based Jossour Production and Media Services (JSIP) company, on the condition that Lagross manages publishing on social media pages, promoting Arabi21 sites, technical and technical services, and representing it with Moroccan institutions and officials.

Meanwhile, Qatarileaks published a report in July 2017 about Doha pumping funds into areas where the JDP has wide influence, as Qatari organizations facilitated the entry of these funds to Morocco. Among these organizations is the Jassim & Hamad Bin Jassim Charitable Foundation, which is affiliated with former Qatar Prime Minister Hamad bin Jassim Al Thani.

Qatari institutions were able to pump $100 million into the cities of Marrakech, Safi and Essaouira, which are cities that enable the JDP to win seats by sweeping in the legislative elections.

The Qatar Islamic Bank directly funded the JDP-affiliated Moroccan Association for Islamic Economics with $50,000. The RAF Foundation made several grants to entities affiliated with the Brotherhood in Morocco, including $15 million to allegedly finance small and medium projects.

In 2017, the JDP issued its Moroccan counterparts with resources amounting to 41 million dirhams ($4.3 million), according to the annual financial report at the time, which prompted some opposition parties to demand disclosing the sources that finance the JDP.

It is noteworthy that Morocco has 34 political parties, five of which participate in the government, while the number represented in parliament is nine.