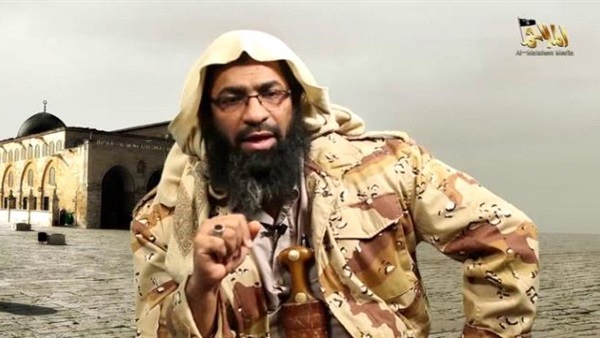 Khalid Batarfi: Raymi’s successor in al-Qaeda in the Arabian Peninsula

US President Donald Trump announced on February 7 the death of Qasim al-Raymi, the leader of al-Qaeda in the Arabian Peninsula (AQAP), in an air strike in Yemen. One of the terrorist organization’s media arms then declared on Sunday, February 23 the choice of Khalad Batarfi to succeed Raymi.

In a statement, Hamid bin Hamoud al-Tamimi, a religious leader in AQAP, said that the group’s Shura Council chose Khalid Batarfi as the AQAP’s new emir, succeeding Raymi. Tamimi added that they have pledged allegiance the new emir.

Khalid Saeed Batarfi was born in the city of Riyadh, Saudi Arabia in 1979. He joined al-Qaeda in Afghanistan in 1999 and trained in the famous al-Farouq terrorist camp.

During his time in Afghanistan, he met former al-Qaeda leader Osama bin Laden, who was killed in a US attack in 2011. The two had held meetings together prior to the events of September 11, 2001, after which he participated in the battles that took place following the US invasion of Afghanistan in 2001.

In 2008, he joined Al Qaeda and was working with Hamza Al Qaiti, the emir of the organization in Yemen, but after the latter was killed, Batarfi joined AQAP and became a member of the group’s Sharia committee.

In 2010, he led the organization’s elements to seize the Abyan Governorate in southeast Yemen and was named the “emir of Abyan”. However, Yemeni security forces arrested him a year later and placed him in the central prison in Mukalla.

Before his imprisonment, he married and had two children, named Abd al-Rahman and Abdullah, but his son Abdullah al-Asghar was killed while Batarfi was in the Mukalla prison.

In April 2015, terrorists attacked the central Mukalla prison and released Batarfi. Since then, he has become a military leader and member of the Shura Council, has participated in planning a number of attacks, and has also provided logistical support to terrorist groups in Yemen.

Batarfi appeared in a video clip mourning Nasser al-Wahaishi, the AQAP leader who was killed in 2015 by a drone strike, and he issued a statement in 2017 in which he attacked the Arab Quartet’s boycott of Qatar.

In 2018, Batarfi broadcast a video clip accusing President Trump of “declaring a new crusade” after the latter recognized Jerusalem in December 2017 as the capital of Israel. Batarfi called on supporters of the terrorist organization to step up attacks against Americans, and he also called on Hamza bin Laden, the late son of Osama bin Laden, to join and support the organization in Yemen.

The United States has designated him an international terrorist, and the US State Department has allocated a reward of $5 million for any information provided that leads to his arrest.