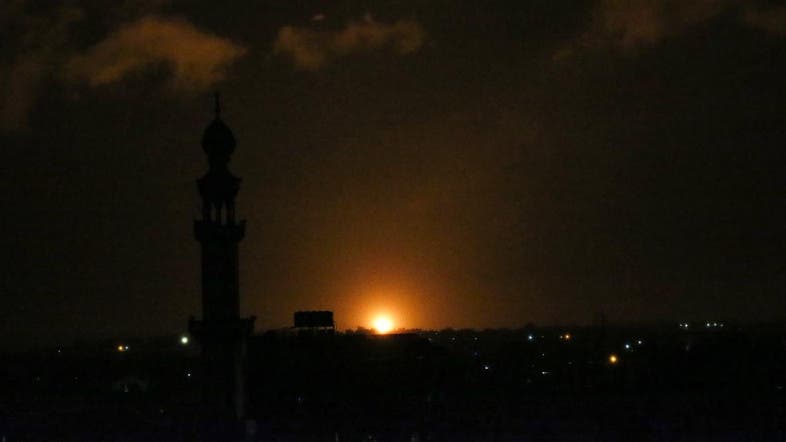 Israeli forces attacked Hamas positions from the air early Monday, the army said, after militants in the Palestinian enclave fired a projectile at southern Israel.

The “aircraft and fighter jets targeted a number of Hamas terror targets in the southern Gaza Strip,” a statement from the Israeli army said, noting a Hamas “training compound and military infrastructures” were included in the attack.

There were no reports from Gaza of casualties or damage.

On Sunday night, a projectile was launched from Gaza at southern Israel, triggering air raid sirens and sending thousands to bomb shelters.

A spokeswoman for the regional council in Shaar Hanegev, just northeast of Gaza, said the projectile apparently hit an open field.

Palestinian attacks have increased since January 28 when US President Donald Trump released his vision for resolving the Israeli-Palestinian conflict – a plan firmly rejected by the Palestinian leadership in both the West Bank and Gaza.

It would grant Israel a number of its long-held goals, including full control of disputed Jerusalem and a green light to annex all settlements and other parts of the West Bank. Experts have also warned against the move.

In exchange the Palestinians would be offered a state in the remaining parts of the West Bank and Gaza.

Palestinians in Gaza, an enclave ruled by the militant group Hamas, have launched rockets, mortar shells and balloons rigged with explosives at southern Israel on a near-daily basis since the plan was unveiled.

Hamas praised an attack against Israeli soldiers Jerusalem that wounded 12 Israeli troops as a “practical response” to the peace plan.