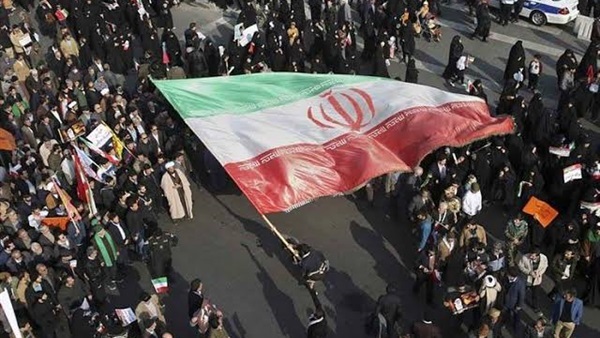 As Iran’s Supreme Leader Ayatollah Ali Khamenei reached out to Iranians for the second time in less than a week to go to the polling stations, protests and demonstrations renewed to call for boycotting the election, shaking the throne and legitimacy of the Mullahs’ regime.

Moreover, a poll conducted in January shows that 93 percent of the people in Tehran are unhappy with the current situation of the country and its management, and only 24.2% of them will go to the polls, chairman of the University of Tehran’s Social Studies and Research Institute Ahmad Naderi reiterated.

Meanwhile, 162 political and civil rights activists have called for “civil disobedience,” defending the fundamental rights of the people and staying away from the ballot boxes.

Activists on social media circulated footage of angry protesters shout, “No to vote, yes to boycotting elections,” “The people are poor and they only think about collecting votes,” “1,500 people, our victims in November,” “Victims of January and February, our comrades in blood and injustice,” “We are not spreaders of sedition, but you are!” (Referring to Ali Khamenei).

Students in several universities in Tehran and Isfahan held rallies and chanted slogans against the Basij militia and the clerical regime.

In a video showing a rally at Isfahan Industrial University students chant, “Execution and imprisonment no longer scare us” and “Get lost Basiji”.

Referring to the many highly-educated passengers who were killed in the Ukrainian airline downed by an IRGC missile on Wednesday last week, the protesting students at Sharif Industrial University in Tehran were chanting slogans against clerics ruling the country.

Iran’s hardline Guardian Council vetting body has rejected some 6,850 moderate or conservative hopefuls in favor of hardliners from among the 14,000 applicants seeking to contest the Feb. 21 vote. About a third of lawmakers have also been barred from standing again.

“Today, voting is not only a revolutionary and national responsibility, but it is also a religious duty,” Khamenei was quoted as saying by state television.

Due to the large number of disqualified candidates, hardliners loyal to Khamenei are likely to dominate the 290-seat parliament.

Khamenei has praised Iran’s resilience in the face of U.S. and European sanctions despite renewed vows by U.S. Secretary of State Mike Pompeo that Washington will continue its maximum pressure policy against Iran .