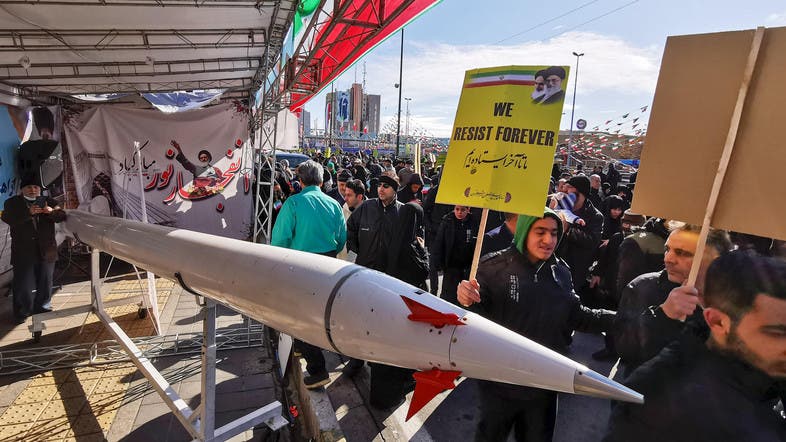 Iran marks revolution anniversary amid peak tensions with US

Iran marked the anniversary of the Islamic revolution with speeches and marches on Tuesday.

February 11 marks the 41st anniversary of the 1979 revolution which led the current regime to power.

State TV reported that tens of thousands of Iranians had poured into the streets of Tehran and other cities on Tuesday morning to commemorate the 41st anniversary of the Islamic revolution, against a backdrop of escalating tensions with the United States.

State TV showed video footage of rallies in at least half a dozen cities outside the capital, including Mashhad, Ahvaz, and Kerman, with people holding signs that read, “Death to America” and “Death to Israel”.

However, some dissidents challenged these claims and said the turnout was far lower.

Iran almost got into a full-blown conflict with the United States last month after a US drone strike killed top Iranian military commander Qassem Soleimani in Baghdad on January 3, prompting Iran to retaliate with a missile barrage against a US base in Iraq days later.

Tensions spiked between Iran and the United States after US President Donald Trump withdrew from a multilateral nuclear deal with Iran in 2018 and reimposed sanctions in a bid to pressure Tehran to negotiate over its ballistic missile program and ties with regional proxy groups.

Missiles were put on display as part of the anniversary celebrations, according to the Tasnim news agency. Iran’s state TV showed archival footage of missile launches and underground missile storage facilities as part of its anniversary coverage.