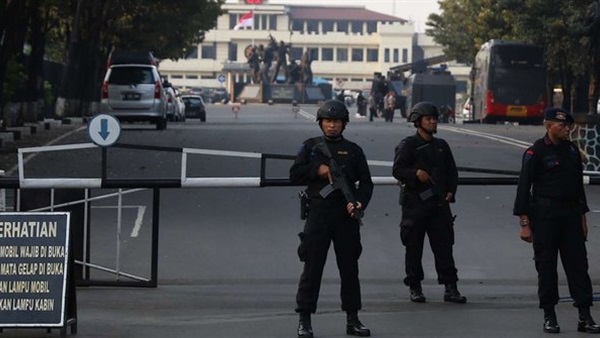 In a preemptive move, Indonesia has rejected the return of 700 of its nationals who had travelled to Syria previously to join the Islamic State group.

On February 11, Indonesian Coordinating Political, Legal and Security Affairs Minister, Mahfud MD, said his government wants to protect the security of Indonesia’s population of 276 million by keeping these Islamic State returnees out of the country.

Indonesia was among the first Southeast Asian countries where the Islamic State declared presence when some local organizations swore allegiance to it.

The minister said his government would work to get more information about those who had joined the Islamic State.

He said Indonesian authorities might approve the entry of children less than 10 years old.

Nevertheless, this would be decided after considering each case individually, the minister said.

In 2017, Jakarta referred to the presence of some Islamic State sleeper cells in some parts of Indonesia. This happened after some of Indonesia’s extremist organizations swore allegiance to then-Islamic State caliph, Abu Bakr al-Baghdadi.

At the end of July 2019, the Indonesian Interior Ministry announced the arrest of an Islamic State terrorist. It said the arrest of this terrorist happened as police foiled a plan for staging a major attack.

In September 2019, Indonesian authorities declared the arrest of hundreds of Islamic State operatives.

In 2019, the Global Terrorism Index, which is prepared by the Sydney-based Institute for Economics and Peace, said Indonesia had ranked in position no. 35 in a list of countries suffering attacks by extremists. In this, Indonesia was seven positions up, compared with its ranking in the previous year, which meant that the Asian country suffered more terrorist attacks and casualties.

Security expert, Mahmud Zaher, referred to the need for the presence of special rehabilitation programs in preparation for the return of extremists to their countries from the battlefields.

The refusal of some countries to allow their citizens to return home from the battlefields can turn these citizens even more against their governments, Zaher told The Reference.

He called on governments to design special rehabilitation programs for those returning home.

These programs, he said, will ensure that these citizens will not return to violence, he said.