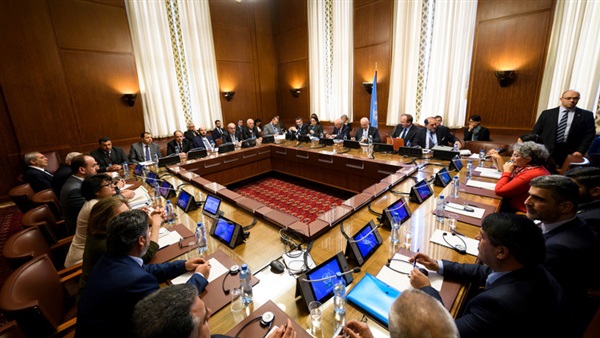 The Presidential Council of the Al-Wefaq Government, led by Fayez al-Sarraj, announced on Wednesday, February 19, the suspension of its participation in the talks of the Military Committee “5 + 5”, in protest against the bombing of the Tripoli sea port on Tuesday 18 February 2020, affirming its right in what it called the “firm response” to the bombing.

In a report issued by the British Middle East Eye website, on Wednesday, February 19, titled “Turkish Guardianship of the Saraj Government Disrupts the Geneva Path”, it emphasized that the calm in Libya or the political settlement is a blow to the Turkish project in the region with its geopolitical and ideological afflictions, which explains the Turkish President’s continued push to keep the situation tense.

The report exclaimed, “Is the decision of the reconciliation government a sovereign decision or dictation by Turkish President Recep Tayyip Erdogan, who has acted with the logic of the guardian on the Libyan issue?”

The report indicated that the Libyan Presidential Council on Tuesday, February 18, 2020, presented three demands sent to the UN envoy, Ghassan Salama, for the success of the Geneva Dialogue in his second round, and there were no indications that the participation was suspended even after the Tripoli port was bombed, which is the vital outlet for the flow of arms from Turkey.

But, suddenly, the Al-Wefaq government turned on this position and went out from the logic of positive response to the logic of obstruction, under the pretext of what it considered a breach of the fragile ceasefire agreement to satisfy Erdogan’s ambitions in Libya.

He explained that the Al-Sarraj government appears to be in a position of strength until it imposes conditions or an acceleration to disrupt the political path and it is not in its interest that with the Libyan National Army forces advancing towards the heart of Tripoli.

However, they decided to suspend their participation in the Geneva negotiations, stressing that this contradicts the political logic and reality, which explains in the end that its decision was not a sovereign decision, but came in the context of Turkish tutelage and dictates.

Dr. Tariq Fahmy, a professor of political science at Cairo University said, “It is too early for the government of reconciliation to announce its withdrawal from participating in the Geneva conferences, but what happened today is a process of disintegration followed by the government in order to impose its conditions on the other side,” indicating that Turkey has a role in the decision pulling out.

Fahmy added in exclusive statements to the Reference that the declared reason for the withdrawal was the bombing of the Tripoli sea port, but the truth is an attempt by the Al-Wefaq government to prove its participation and impose its conditions on the other side, stressing that it is too early to judge the Geneva conferences by success or failure, as the way it still too long.

He stressed that the Berlin conference is the one that drew the form and mechanism of the negotiation, noting that any party would work to block negotiations and would be responsible for that.

On the threat of Turkish President Recep Tayyip Erdogan to bomb the site of the Libyan army, the professor of political science at Cairo University stressed that all of these threats are nothing but “media informations.”

The Libyan political analyst Radwan Al Fitouri said that the negotiations of the Libyan Military Committee are doomed to failure, given that the decision in Tripoli is in the hands of Erdogan, who supplies fighters to fight the National Army and not in the hands of Prime Minister Fayez al-Sarraj.

Al-Fitouri added, in a telephone interview to Al-Ghad channel, that Erdogan has publicly stated that Misurata is an extension of Turkey, especially after the transformation of the military base of Mutaiga to a Turkish base, noting that the Libyan National Army is not lagging behind any international initiative to establish peace and ban arms, but in return the Al-Wefaq government withdrew and rejected all provisions.