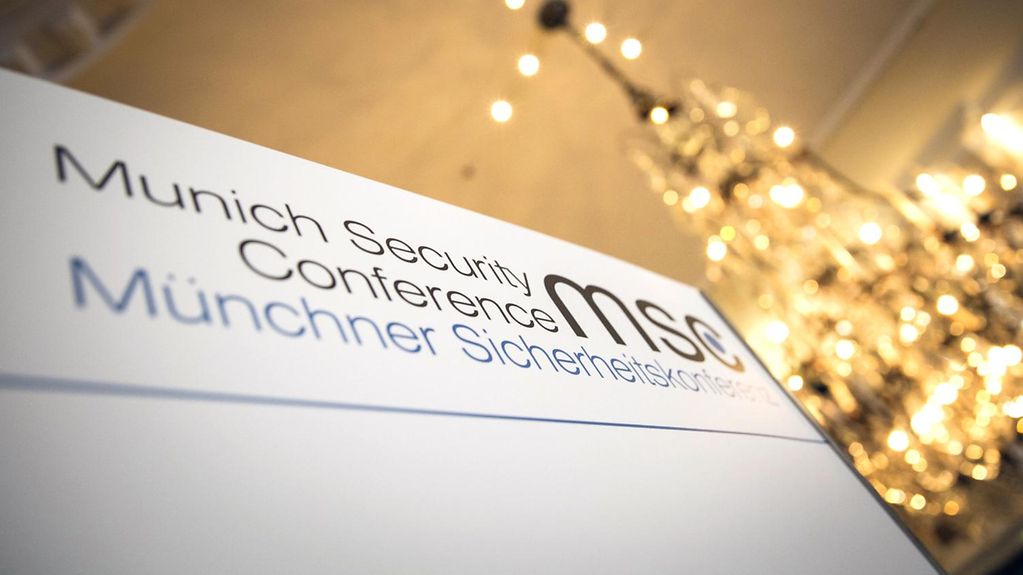 The 56th Munich Security Conference (MSC) is scheduled to kick off in the southern German city of Munich on Friday and run through Sunday.

The annual conference is taking place in the Bavarian capital from February 14 to 16. International security policy makers will meet to exchange views on common threats and future challenges.

Politicians from all over the world come to Munich for the security conference. High-ranking guests included 18 heads of government, 18 heads of state and 91 ministers are expected to attend the conference at the Hotel Bayerischer Hof in Munich’s city centre.

The theme of the conference, highlighted in the 2020 Munich Security Report, focuses on the feeling of “westlessness” — a widespread uneasiness that Western countries are becoming “less Western.”

“Recent years have seen estrangement and diverging positions on crucial policy challenges — ranging from arms control and global trade to climate change or the role of international institutions,” wrote the authors of the report.

This year’s conference is expected to gauge international reaction to the Trump administration’s unpredictable foreign policy, frequent trade battles and use of military force as the U.S. braces for a presidential election.

The Trump administration has pulled the U.S. back from global commitments while pushing for the denuclearization of North Korea, escalating tensions with Iran, engaging in a bitter trade war with China and continuing efforts to negotiate the end of the U.S. war in Afghanistan.

“The prime challenge will be to agree on a common transatlantic or broader Western approach, as the ongoing difficulties in dealing with Russia, China or Iran demonstrate,” the Munich Security Report authors wrote.

After a U.S. strike under President Donald Trump’s orders killed Qassem Soleimani, former commander of the Quds Force of Islamic Revolution Guard Corps, the international community fears an uncontrolled conflict between the United States and Iran.

Iran’s Foreign Minister Mohammad Javad Zarif is seen as a frequenter in the MSC and often makes vital speeches.

His statement will probably be even more attention-grabbing this year against the backdrop of U.S.-Iran tensions, with Zarif’s U.S. counterpart Pompeo expected to voice his views at the forum.

The conference is also an important platform for discussing the future strategies of American foreign policy, as one of the topics that will enjoy an interesting debate is the Middle East peace plan announced by US President Donald Trump in the first month of 2020, which did not receive positive feedback from the Palestinian leadership, However, unlike other actors, Washington, under Trump’s leadership, presented a detailed concept that was supposed to find solutions based on a just solution for all parties.

Besides the US President, his archenemy at home, Speaker of Congress Nancy Pelosi, is participating in the conference, along with a number of members of the two main parties in America. Therefore, some altercations are expected to move from Washington to Munich

The confrontations between different warring factions in Libya will also be one of the major topics, according to Wolfgang Ischinger, chairman of the MSC.

Countries concerned with the North African country’s long-running conflict, such as Turkey, Saudi Arabia, France and Italy, will discuss ways to end it.

Just three weeks ago also in Germany, the related countries agreed to stop military support to the warring parties while a cease-fire lasts, a step seen by analysts as a glimmer of hope to give Libyans space for a political reconciliation.

The war, however, has only become more intractable, as the factions accused each other of violating a truce and there was no mechanism capable of making embargo violations costly to perpetrators.

A panel discussion on global health security will be held at this year’s MSC.

Regarding the outbreak of the novel coronavirus mostly in China but also in some other countries, Director-General of the World Health Organization Tedros Adhanom Ghebreyesus is set to address the panel.

China’s State Councilor and Foreign Minister Wang Yi will also deliver a keynote speech, talking about the Chinese government and people’s concerted efforts and progress in fighting the epidemic and about advancing international cooperation against it.