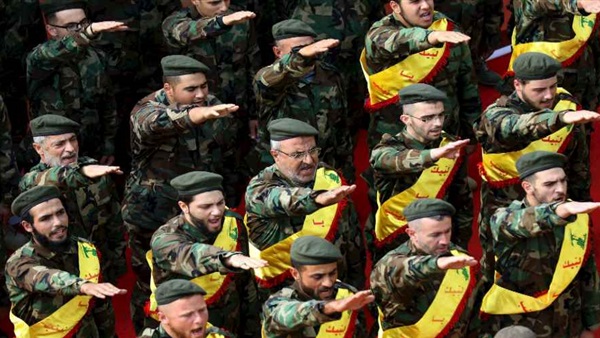 The killing of Iranian Revolutionary Guards Corps commander Qassem Soleimani on January 3 has shed light on the terrorist activities of Hezbollah militias in Venezuela, as speculation has increased that the country could be used as a base to attack the United States.

Elements of the Iranian-backed Lebanese militia control Venezuelan gold mines, while its agents have penetrated sensitive positions in its government. It cooperates with the Caracas regime in addressing protests and popular opposition, and from there Hezbollah and Iranian Revolutionary Guards continue to engage with the Colombian drug cartels fighting against their government.

During the counterterrorism summit hosted by the Colombian capital, Bogota, on Wednesday, January 22, Carlos Paparoni, a member of the Venezuelan National Assembly, launched a sharp attack on President Nicolas Maduro due to the latter’s permitting Hezbollah to engage in illegal activities from his country, which they use as a base to deploy in neighboring Bolivia as well.

Since US President Donald Trump came to the White House in 2017, efforts to track Hezbollah’s activities in Latin America have escalated, and those efforts reached their climax after the killing of Soleimani, as leaders in Tehran threatened to target Washington from unexpected destinations. The response to Soleimani’s death could come from distant places around the world, and questions have been raised about the possibility of attacks from Venezuela due to its proximity to the southern United States and Iran’s increased activity there.

Bogota addressed Iranian activities in northern South America due to the damage incurred from these activities. Colombian President Ivan Duque announced that Hezbollah will be included in the country’s list of terrorist organizations after having held discussions with National Security Adviser Rafael Guarin, according to the local newspaper El Colombiano.

Guarin confirmed that he could not provide evidence surrounding the condemnation of Hezbollah as terrorist, citing “intelligence information,” but he indicated that members of the organization are present across the continent with the aim of collecting and updating intelligence information about potential targets in North America, as well as economic targets. He also revealed that Hezbollah’s presence in the Latin American region is the largest in the world after the Middle East due to the presence of three characteristics: chaos on the borders, widespread corruption, and the possibility of impunity.

Security expert Colonel John Marulanda spent several years of his life monitoring and studying Hezbollah’s activities in Latin America to produce in his book “Terror in Latin America”, in which he published testimonies of members of the Lebanese group in Ecuador, Argentina, Chile, Brazil, Guyana, Mexico, Panama, Colombia and the Caribbean.

The past few days have witnessed intense US diplomatic activity that resulted in a number of South American countries classifying the Lebanese Hezbollah as a terrorist organization.

US Secretary of State Mike Pompeo praised the announcement of Colombia, Honduras and Guatemala to classify Hezbollah as a terrorist organization, after Argentina and Paraguay already took this step recently.

Pompeo accused Hezbollah and other transnational terrorist groups of still being active in the region, pledging “to continue to mobilize international support to confront them.”

The United States provided important intelligence information to Argentina, Colombia, Brazil, Uruguay and Peru about “Hezbollah support networks” within the framework of restricting the group’s activity in Latin America as part of the US campaign of maximum pressure on Iran and its arms.

Asharq Al-Awsat quoted a diplomatic source in Washington as saying that the FBI arrested a number of Hezbollah agents in those countries after receiving information about their intention to expand their activities within the United States.