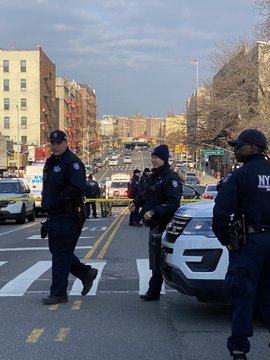 Two police officers were attacked by a passer-by at about 8:30 p.m. on 8 February while they were sitting in a locked police van with emergency lights activated, injuring one of the law enforcement officers, the New York Post reported earlier in the day.

New York police officials say a second police officer has been shot in the Bronx, only hours after a gunman attacked officers in a patrol van, The New York Post reported.

According to ABC7 citing the police, the suspect is in custody. Police say there could possibly be a connection to Saturday’s police-involved shooting.

The NYPD has asked people to avoid the area of Southern Blvd and Longwood Ave in the Bronx due to the shooting incident.