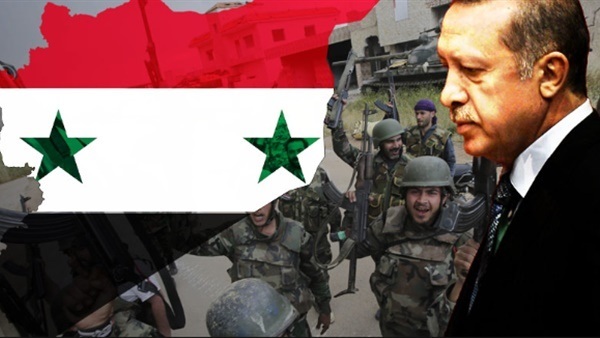 The continuous attacks of the Arab Syrian Army on Turkish sites in Idlib, northwestern Syria, prompted Ankara to become more involved and send reinforcements to the region, and to demand the establishment of a military zone it controls.

Turkish newspaper TRT Haber published photos of the kind of weapons that the Turkish army use in Idlib, including the Turkish SOM cruise and Popeye missiles.

Turkey insists on the incursion into Idlib despite facing a Russian refusal, as Moscow considers that Ankara violated the Sochi agreement signed by Erdogan and his Russian counterpart, Vladimir Putin, on September 17, 2018.

In August 2016, Turkey sent tanks, warplanes and special operations forces into northern Syria on Wednesday in its biggest plunge yet into the Syrian conflict, enabling Syrian rebels to take control of the town of Jarabulus and its surroundings.

During the course of the operation known as the “Euphrates Shield”, which started on August 24, 2016, and ended on March 29, 2017, Russia announced its rejection to the operation, and expressed grave concern about the incursion of Turkish forces and Syrian factions, supported by the Turkish government, into Syrian territory.

Moscow further noted that these military operations are taking place without coordination with the legitimate Syrian authorities, and without the authorization of the United Nations Security Council, while both the United States and Germany supported that process.

Turkey faced a lot of criticism regarding its “Olive Branch” operation that was kicked off on January 20, 2018 by its NATO allies.

Turkey launched the operation that allowed it to take control of the city of Afrin and its environs, at which time Britain, France, Germany and New Zealand called on Turkey to exercise restraint.

Political researcher Mokhtar al-Ghobashi says Turkey deals with Syria as a cake and it wants the bigger piece, so it completely disregards all international decisions.

He further added in an interview with The Reference that Turkey seeks to spread destruction in Syria to achieve strategic interests because any tension in the country would be for the benefit of terrorist groups that are being backed by Ankara.