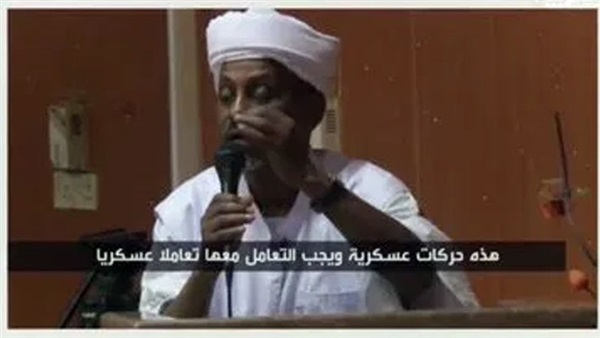 Al-Neelain University dismissed the Brotherhood leader Awad Haj Ali Ahmed from his position, according to a statement issued by the university’s president, Muhammad Al-Amin Ahmed, after his appearance in “The Great Secrets” episodes broadcast by Al-Arabiya TV.

Awad Hajj Ali appeared in the documentary broadcast on Al-Arabiya TV on Friday, January 10, under the title “The Great Secrets…The Brotherhood” in which he demands the security services to suppress the demonstrators by force.

The Brotherhood member said, in the episode of the Great Secrets: “These are not demonstrations…These are military movements and must be dealt with militarily”, adding: “I mean they are group of brats, in the Internet and WhatsApp.”

The decision came in response to demands made by the assembly of professors of Al-Neelain University to remove him from the university, after proving his incitement to protests.

The Brotherhood leader faces charges against the background of what he mentioned in the leak of his Arabic broadcast about the necessity of military and violent dealing with demonstrators and protesters as armed movements, knowing that these are demonstrating in order to topple the Brotherhood from all state institutions.

Awad Haj Ali Ahmed, born in the city of Port Sudan, passed all his educational levels, until he joined the University of Khartoum, in the Faculty of Science, Department of Sport, and after graduation he traveled to Britain to take a master’s degree.

Haj Ali, he started heading towards the Muslim Brotherhood during his university studies, especially since he came from a family of a religious nature, and since then he started working for the group, and attracting more of his colleagues at the university for the group, according to the Sudanese news website, “Sudanese Scene”, and it has been since today The first member to join the group is an organizational member, not a subordinate.

According to the Sudanese scene, Haji Ali falsified all his high school grades in order to be successful, and not only that, most of his academic degrees are doubtful.

The Sudanese website indicated that an official in the Ministry of Higher Education discovered this matter after the overthrow of the Omar al-Bashir regime, and not only that, but the engineering complex in Sudan accused him of the same charge.

According to this site and the site, “Sudan Today”, Hajj Awad Ahmed was able to take advantage of his university position, and recruited a large number of students for the benefit of the group, according to what the site published, and we were unable to confirm the validity of this information, all of this in addition to his frequent visit to Qatar, and his relationship Doha leaders close.