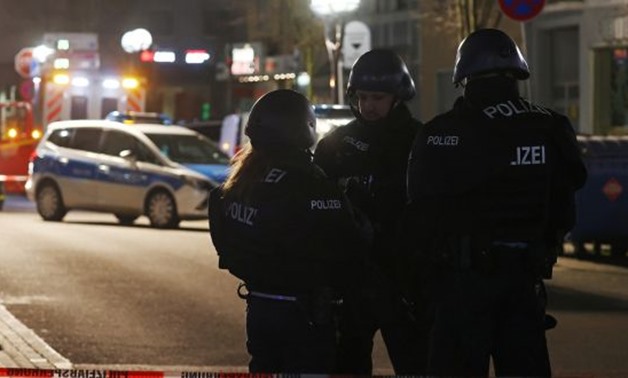 Al Azhar has categorically denounced a terrorist attack that targeted two cafe houses in the German city of Hanau, killing a number of people on Thursday.

Al Azhar, the highest seat of Sunni Islamic learning, said in a statement that the attack is driven by far-right terrorism that threatens the world and is as brutal as the Islamic State (IS).

The Islamic institution expressed heart-felt condolences to the families of the victims, urging to combat far-right terrorism and stand against such heinous crimes that target the security and stability of world peoples.

Nine people were killed in the shooting attack that targeted two hookah bars over the night on Wednesday.

Authorities believe the suspect, 43, returned home after the rampage and shot himself. He was found dead in his apartment early Thursday, along with the body of his 72-year-old mother. Both died from gunshot wounds, according to a report by CNN quoting the region’s interior minister, Peter Beuth.

Chancellor Angela Merkel said the suspect appeared to have acted out of “right-wing extremist, racist motives” and described hatred as a poison in German society. Prosecutors said the suspect did not have a criminal record but had posted xenophobic conspiracy theories online.