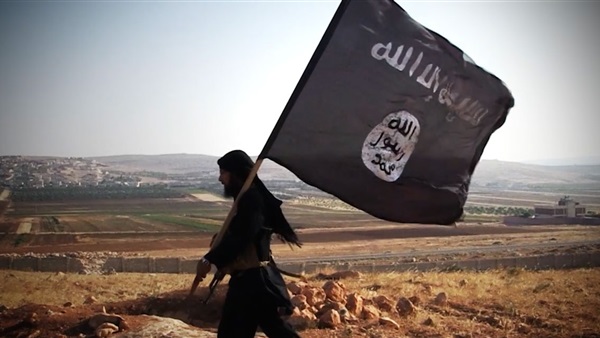 After Qasim al-Rimi killing Qaeda prepares to penetrate into Yemen

President Trump confirmed that U.S. forces have killed terrorist Qasim al-Rimi, leader of al Qaeda in the Arabian Peninsula, in a drone strike in Yemen.

In a statement, the president said he authorized a counterterrorism operation that killed al-Rimi, a deputy to al Qaeda leader Ayman al-Zawahiri who had worked in Afghanistan for Osama bin Laden in the 1990s.

“Under Rimi, AQAP committed unconscionable violence against civilians in Yemen and sought to conduct and inspire numerous attacks against the United States and our forces,” Mr. Trump said. “His death further degrades AQAP and the global.

The killing of Al-Rimi indicates the presence of a breach at senior levels within al-Qaeda in Yemen, which allowed one of the human sources (according to the expression of American officials) to reveal the whereabouts of the al-Qaeda leader in Wadi Ubaidah directorate in Marib in central Yemen, and communicate with the CIA to inform them of the precious fishing place that the US State Department put on its head 10 million dollars.

The assassination of Al-Rimi reveals the failure of the security and intelligence practices adopted by the organization during the past period, especially with regard to counter-espionage and counter-espionage, two things that the organization tried to show that they were adept at 3 lengthy visual versions carried out under the supervision of Al-Rimi, and it was called “demolishing espionage”.

During the time of al-Rimi, the organization was able to arrest a spy cell among its members responsible for planting slides and placing explosives for prominent leaders of the organization such as Nasser al-Wahishi, Nasr al-Ansi, and others, and broadcasting scenes of execution of spies in the spy demolition series.

The recent operation illustrates the continued deterioration of Al Qaeda’s situation in Yemen during the past years, especially after the killing of a number of its leaders and prominent media officials, as the level of the organization’s threat decreased during the past years, according to American estimates.

A number of official American departments, headed by the “Intelligence”, confirm that Al Qaeda in the Arabian Peninsula is still able to plan and carry out terrorist attacks against the United States and Western countries, as the organization is at the height of its weaknesses that managed to plan and implement the “Pensacola” terrorist attack in late 2019. In spite of the strict security measures used in the American military bases.

The absence of “Al-Rimi” will also represent a major loss for Al-Qaeda, in view of the role Al-Rimi played within the organization, as it was a link between the central “Al-Qaeda” and its branches (the Somali Youth Movement, Al-Qaeda Organization in the Islamic Maghreb and Al-Qaeda elements in Syria), especially in The period after the launch of the global campaign against terrorism after September 11th, resulted in the dismantling of many active al-Qaeda networks.

It can be said that the killing of Qasim Al-Rimi ended the story of a potential successor to Al-Qaeda leader Ayman al-Zawahiri even before it started, considering that “Al-Rimi” was one of the strongly-nominated names for the “caliphate of al-Zawahiri” in the organization’s leadership, especially after the killing of Hamzah bin Laden, son of the organization’s founder, Osama bin Laden.

Perhaps the organization will continue during the coming period in its “long-term strategy” that seeks to win the support of the Yemeni (Sunni) tribes, and expand its influence in the governorates of Abyan, Marib and Shabwa, while continuing the tactic of “staying in secret”, which depends on creating parallel organizations and empowering tribal elders who support an ideology The organization or who may be called Al-Qaeda agents in the Arabian Peninsula.

The organization, through the previous strategy, guarantees establishing its foot in its current strongholds and expanding into new regions without paying a major cost from its elements and fighters.

The terrorist organization will also maintain its policy of winning what it calls a “popular incubator”, by promoting a less radical media discourse and attempting to penetrate into Yemeni society by marrying its fighters and leaders from the major Sunni Yemeni tribal women, as well as not adhering to the issue of the immediate application of Islamic law – From the point of view of the organization – unlike the terrorist organization ISIS.

It is expected that other leaders of the terrorist organization will assume the duties of Qasim Al-Rimi during the coming period, headed by Saad al-Awlaki, the Emir of the organization in Shabwa al-Yamania, Khaled Batarfi known as Abu al-Miqdad al-Kindi, and Ibrahim al-Qusi known as “Khubayb al-Sudani”, and the new leaders will remain the same approach as previous leaders Just as it happened after “Qasim Al-Rimi” assumed the leadership of the organization after the killing of his comrade, Nasser Al-Wahishi.