Latest Posts
16:55
Home Islamist Movements After decades of Brotherhood injustice, empowerment victims in Sudan have returned to their jobs 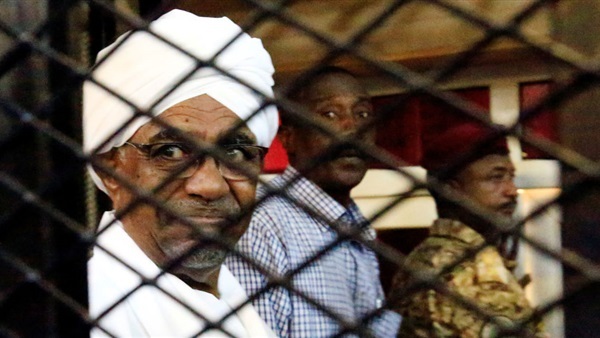 After decades of Brotherhood injustice, empowerment victims in Sudan have returned to their jobs

“Victims of Empowerment” is the description of Sudanese citizens who were subjected to persecution and arbitrary dismissal from their jobs during the era of former President Omar al-Bashir, as a government committee decided, on February 5, 2020, to return 621 employees to the civil service, who were subjected to arbitrary dismissal, during the past years.

A statement issued by the committee to consider the issue of the arbitrarily dismissed confirmed that those recommended to return to service were working in the Ministry of Finance, the Student and Customs Support Fund and the Print and Stores Authority, and that the committee would continue to study the files of the various ministries and institutions on the dismissed, as soon as they were completed and submitted to them.

It is noteworthy that the Commission to consider the issue of the arbitrarily dismissed decided last January to return 23 employees and settle the pensions of 6 others.

Penetration into the joints of the state

The regime of Omar al-Bashir and the Brotherhood, “his first engine”, since he took office in the country thirty years ago, has controlled the joints of the Sudanese state in what is known as “empowerment” and the Islamization of the state.

The Sudan Brotherhood also worked to separate all those who do not agree with their big project from public jobs in the country, and this resulted in the displacement of thousands of professional and technical cadres and competencies, and the destruction of the civil service system.

The Brotherhood took the slogan of “privatization” as an excuse to liquidate all those who contradict their ideologies. So, the state’s projects and institutions were sold, such as the winning agricultural project, the Nuba Mountains Project, the Delta Tokar, Al-Qashq, and Khawr Abu Rakhb, and others, in addition to Port Sudan, the Electricity and Water Authorities, the Blue Nile Factory, the tanning and sugar factories, and others. It is one of the winning institutions of the people that used to support thousands of workers and their families.

The National Committee for the dismissed estimated their numbers, at about 350,000 employees, who suffered from the deterioration of their living conditions and their families, with the arbitrary dismissal measures accompanied by the previous regime’s failure to pay their dues and end-of-service benefits.

Interestingly, the current Prime Minister, Dr. Abdullah Hamdouk, was also a victim of empowerment, or what was known at the time as the “Public Good Law”, as he was dismissed when he was an employee of the Ministry of Finance on the charge of belonging to the Communist Party.

The Sudanese brothers, who are relatively dominant in the joints of the Sudanese state, are currently leading a counter-revolution, benefiting from the empowerment policy, which they have been implementing since their seizure of power in mid-1989.

Therefore, Sudanese activists are pledging to achieve the goals of the December 2019 revolution that toppled Bashir and his comrades, by removing the empowerment policy and the dismantling of about 200 political institutions and more than 350 commercial companies, founded by the Muslim Brotherhood, to control the country’s economy and political sphere.

There are many challenges to the current system, the first of which is that the Brotherhood has forced thousands of their members into state jobs and they are without qualifications to occupy sensitive positions in the civil service, electricity, customs, taxes, and other important institutions, and they enjoy privileges and immunities that are not available to their non-affiliated counterparts.