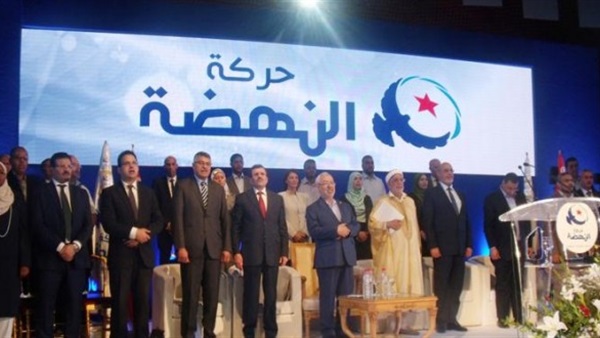 Turkey, headed by Receop Tayyip Erdogan since 2011, has been continuously using its support for political Islamist groups to expand their sphere of influence in the North African region, including Tunisia.

As Parliament speaker Rachid Ghannouchi, the leader of Ennahda and a close friend of Erdogan in the Muslim Brotherhood network, made a “mysterious” visit to Turkey, political and legal activists have launched an online popular campaign that demands the ouster of Ghannouchi from his position.

This step is very similar to what happened in Egypt during the Muslim Brotherhood ruling when Tamarod, an Egyptian grassroots movement, was founded to register opposition to President Mohamed Morsi and force him to call early presidential elections.

In Tunisia, thousands of Tunisians signed forms that called for the dismissal of Ghannouchi from being speaker of the Parliament, especially after heavy criticism after a closed meeting between him and Erdogan in Istanbul.

Ghannouchi secured the post with 123 votes from 217 votes cast in parliament, following an agreement with the liberal Qalb Tounes party headed by controversial businessman Nabil Karoui

The online campaign, which witnessed the signing of more than 16 thousand signatures within the first few hours of launching, said the men and women of Tunisia demands every free woman, man and honest parliament member to sign our demands to dismiss Ghannouchi from his position. “Long Live Tunisia,” the campaign concluded.

The suspicious meeting between Ghannouchi and Erdogan also infuriated citizens and activists as it comes a while after Libya’s interior minister and Parliament asked Turkey for military support and Turkey’s parliament approved a bill that allows troops to be deployed to Libya in support of the Muslim Brotherhood-affiliated Tripoli-based government in the country.

Activists demanded a no-confidence vote against Ghannouchi after accusing him of being dependent on foreign and regional policies and seek help from Turkey to alleviate the defeat suffered by the overthrow of the government presented by Ennahda.

The signature campaign, which was welcomed by the Tunisian public opinion, coincided with actual movements that was started by the Free Destourian Party for the same goal of ousting Ghannouchi.

MP Al-Munagi Al-Rahawi has said the situation is delicate in Tunisia as it is very sensitive in Libya. “All developments are indicative of complications that require a lot of caution and attention.”

He also demanded President Kais Saied of questioning Ghannouchi who conducted the meeting with Erdogan secretly without Saied knowing.

Ennahda claimed that Ghannouchi visited Erdogan as he found it an opportunity to congratulate him on the manufacture of Turkey’s first indigenous car, the matter which drew criticism by Tunisians who demanded an end to the manipulations practiced by Ennahda and its failure to form a government that would take the interests and future of Tunisia into consideration.

Tunisian journalist and human rights advocate Naziha Réjiba mocked Erdogan “and his car” in a Twitter post after Ennahda’s justification, as well as whoever seeks to “make fools out of Tunisians.”