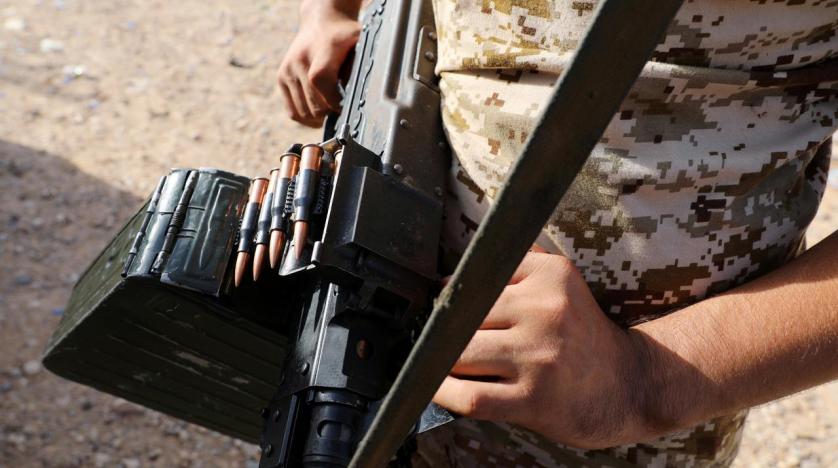 The US has welcomed diplomatic efforts to end violence in Libya, wrote the press officer at the US State Department Spokesman’s Office in a letter to Asharq Al-Awsat.

Aaron Testa said Washington supports Libyans’ demand to build a secure future without any foreign intervention. He pointed out that the US administration “positively appreciates the Libyan leaders who understand the need for a ceasefire, followed by a political process suggested by Libyan parties and not imposed from abroad.”

Testa stressed the need to withdraw all foreign forces that have fueled the conflict in the country, urging all Libyan parties to seize this opportunity to address the political, economic and security issues that divide them.

He affirmed his country’s support for Libya’s sovereignty and territorial integrity.

The officer also called on countries that claim to support stability in Libya to withdraw their forces immediately, including Russian mercenaries and the Syrian fighters they support and whose intervention has greatly deteriorated the humanitarian situation there.

While Washington reiterates its plan to reduce its regional intervention for the NATO’s benefit, Testa pointed to the US participation in the international dialogue process that is scheduled to be jointly hosted by Germany and the United Nations on Sunday.

He expressed hope that Washington’s participation in these efforts would lead to the continuation of the ceasefire implemented, the launch of dialogue within Libyan parties, withdrawal of foreign forces and the return to a UN-led political process.

The US State Department’s position announcement comes in light of the meeting held in Moscow between Commander of the Libyan National Army Field Marshal Khalifa Haftar and Speaker of the Libyan Parliament in Tobruk Aguila Saleh, on one hand, and Head of the internationally recognized Government of National Accord Fayez al-Sarraj, on the other hand.

Parties failed to agree on signing a ceasefire agreement on Monday.

European and US officials said Haftar refused to sign the agreement because an article demanded to be added was rejected, which dictates dissolving pro-Sarraj militias in Tripoli.

Peter Millett, the former British ambassador to Libya, tweeted that Haftar and his backers “still think he can win militarily,” and this is the reason behind his intransigence and not signing the agreement.

However, other analysts did not rule out a secret agreement between Ankara and Moscow that was opposed by Haftar and his supporters.