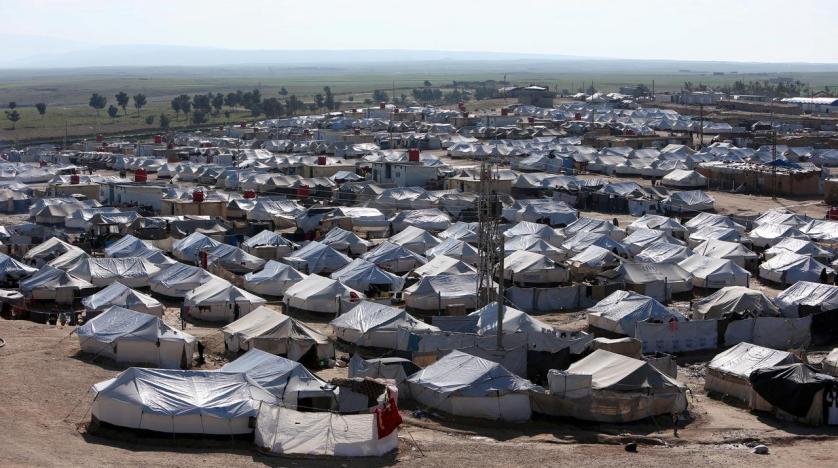 UN: Children of Foreign ISIS Militants must be repatriated

UN investigators on Thursday called for thousands of children of militants who fought for ISIS to be repatriated from Syria.

The UN Commission of Inquiry on Syria said in a report that the children were in a “particularly precarious” situation since they often lacked official papers.

“This, in turn, jeopardizes their rights to a nationality, hinders family reunification processes and puts them at a higher risk of exploitation and abuse,” the report said.

The UN says around 28,000 children of foreign militants are living in Syrian camps — 20,000 of them from Iraq.

Thousands more are believed to be held in prisons, where teenage children are being detained alongside adults.

Commission chair Paulo Pinheiro said the detention of children with adults was “a terrible violation”, urging the relevant governments to take action to stop this.

“All this delay in not taking these children from these prisons is outrageous. It’s a scandal,” he said.

Following the collapse of the self-proclaimed “caliphate” of ISIS last year, foreign militants from nearly 50 countries were detained in Syria and Iraq.

Many of their relatives are held in the overcrowded Al-Hol camp in northeastern Syria, home to around 68,000 and where more than 500 people — mostly children — died in 2019.

The UN commission called on governments to recognize papers issued by non-state actors such as ISIS and witness testimonies to allow the children to obtain official documents.

UNHCR human rights official Marie-Dominique Parent told the European Parliament in November that roughly 700 to 750 children with European links were being held in camps in northeast Syria, with 300 of them said to be French.

Some countries have started to repatriate the children — with or without their parents — on humanitarian grounds.

But the UN investigators criticized the practice of revoking citizenship of suspected ISIS militants used by countries including Britain, Denmark and France.

Its report said the practice had “negatively impacted children, including their ability to exercise basic human rights”.

“States have well-defined obligations to protect children, including from statelessness. Failing to abide by such fundamental principles would be a clear derogation of duty,” Agence France Presse quoted Commissioner Hanny Megally as saying.

The report also criticized plans by some countries to repatriate children without their mothers, saying it could “run counter to the principle of the ‘best interests of the child'”.

The UN set up its Commission of Inquiry on Syria to investigate human rights abuses shortly after the outbreak of the conflict in 2011.

In its report on Thursday it also accused the Syrian government of committing war crimes and crimes against humanity, including murder, rape and torture, AFP said.