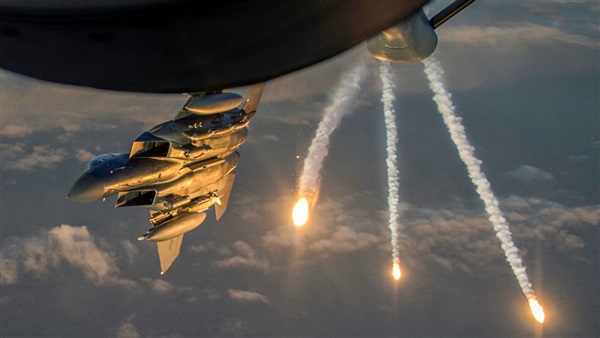 U.S. may use military force to retaliate against Tehran

The US has attacked an Iranian-backed militia inside Syria and Iraq in retaliation for a rocket attack on a base that killed an American contractor, raising tension between Washington and Tehran.

The US launched strikes against five targets in Iraq and Syria on Sunday, aiming to damage Kataib Hizbollah – a separate entity to the better-known Hizbollah, based in Lebanon.

“We have repeatedly – the president, the secretary of state – made clear that if we are attacked by the regime or its proxies we will respond,” said Brian Hook, U.S. President Donald Trump’s special envoy to Iran.  He refused to comment on further possible actions.

The U.S. blames the group Kataib Hezbollah and says it’s organized, trained, and equipped by Iran, and has attacked the U.S. in Iraq 11 times in two months.

Last May, Hook said Iran needs to show more interest in talks than threats, adding that the US will respond with “military might” if its interests were attacked.

According to this development, it is clear that the United States will adopt another strategy against Iran, and the transition from the phase of weakening and blockade, to direct military strikes against its arms, fueled by anger in certain countries against Iran and it interference.

“To some extent, Iran is trying to bait the United States into a military conflict,” Hook told the Council on Foreign Relations (CFR) in Washington. “If we are attacked, we will respond with military force. I can assure you the last thing the United States is looking for is conflict in the Middle East. We have had more than enough of it.”

In light of the recent American escalation, Iran will resort to several  scenarios to respond to targeting its arms, which will depend on exploiting these raids and benefiting from them as much as possible through seeking international community assistance to face U.S. practices against Tehran, such as:

Through threatening international interests, the mentality of Iran’s leadership relies on “dealing in terms” with other countries, through quick reactions to highlight Iran’s ability to respond by targeting global interests such as disrupting international navigation and seizing maritime vessels.

This also indicates that Tehran seeks to spread chaos and tension throug targeting vital installations in the Arabian Gulf region, by directly targeting, or using proxies to target these installations, like the drone and missile attacks on Aramco in Saudi Arabia last September.

Fall of Iran’s crown jewel: Hezbollah in trouble after resignation of Diab’s government