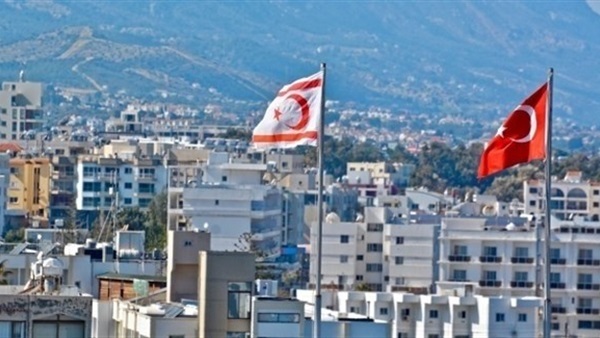 Tensions are arising against the background of Turkish interference in Cypriot’s territorial waters. This is opening the door for a conflict over resources in a region suffering tensions already.

They also discussed agreements signed by Turkey and the Tripoli-based Government of National Accord in Libya.

On January 9, the president of the Turkish-occupied northern part of Cyprus said ongoing problems in the Eastern Mediterranean region made the settlement of the Cypriot conflict more urgent.

Turkey had its eyes on Cyprus since the days of the Ottoman sultan, Selim II, who took over the rule of the empire after the death of his father Suleiman the Magnificent in 1566.

Although Islam took root in Cyprus a long time ago, the conditions of Muslims in the island had always been tense.

The island became an easy target for the Ottomans, especially after they controlled the Eastern Mediterranean basin. The Ottomans started their invasion of Cyprus in 1570. They kept fighting for a whole year, including during a major Mediterranean battle. Turkish occupation of the island brought some calm to Muslims living in it.

Nevertheless, the Ottomans’ defeat at the hands of the Russians in 1877 forced the Ottomans to hand Cyprus over to the British in 1878. This happened after European states put pressure on the Ottomans during the Berlin Conference. Cyprus gained its independence only in 1960.

Problems started, however, appearing after the military coup staged by Greek Cypriots in 1963. Those launching the coup wanted to merge the hole of Cyprus into Greece. This motivated Turkey to invade Cyprus in 1964, but this caused Cyrus island to be divided into two parts, namely an international-recognized Greek Cyprus and another Turkish Cyprus in the northern part of the island.

Attempts were made since 2004 to solve this problem and unify the island. A new attempt was launched in Geneva in 2017 to solve the same problem with mediation from the UK. Turkish Cypriots demanded 29.2% of the total space of Cyprus Island for themselves. They want to establish a state in this area and call it the Federal Turkish State.

There are conflicts between the two sides on the delimitation of maritime boundaries. The Turkish invasion of northern Cyprus had never been recognized by any country. Nevertheless, Ankara tries to use its presence in this part of Cyprus in demarcating boundaries in the Eastern Mediterranean region in a way that serves its own interests and helps it exploit the wealth of the region.

Cyprus announced previously that it is ready to cooperate with Turkey in the field of energy, only if Turkey pulls out of the northern part of Cyprus.

A large number of major gas finds were made in the Eastern Mediterranean region in the past years.