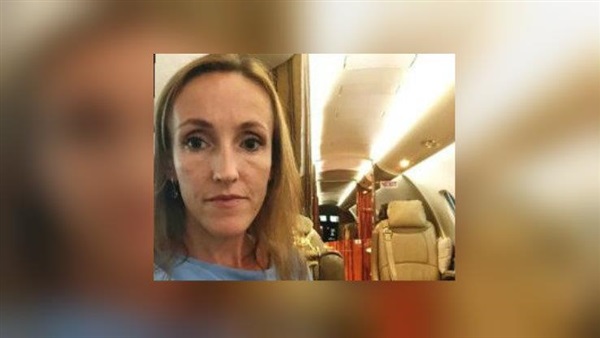 The Ukranian woman helping Erdogan send arms to the GNA

CNN has recently revealed the name of the Ukrainian woman responsible for the export of arms to the Tripoli-based Government of National Accord (GNA).

The woman, called Olena Malakhova, 38, was on board of the Ukrainian plane that was downed by Iran on January 8, the American news network said.

It added that Malakhova was the director of a company called SkyAviaTrans, which is based in Ukraine, and the co-owner of a linked firm named Volaris Business, whose registered office is in Edinburgh, Scotland.

It said companies advertise themselves as passenger jet and air freight businesses.

The slogan on the website of Volaris Business reads “more than a passenger and goods company” while SkyAviaTrans’ motto is “Anything, Anytime, Anywhere, Professionally.”

Since August 2018, Malakhova has been listed at Companies House, the UK’s official registry of businesses, as one of two beneficial owners of Volaris, CNN said.

It added that Malakhova was also a director of SkyAviaTrans.

The companies’ only cargo plane was destroyed in a drone attack in Libya in August 2019, CNN said.

The aircraft, an Ilyushin Il-76TD, owned by Volaris and operated by SkyAviaTrans, was targeted by forces loyal to the Libyan strongman Khalifa Haftar shortly after it landed in his rivals’ coastal stronghold of Misrata.

Its crew of eight survived the strike, CNN said.

It noted that SkyAviaTrans and Volaris said at the time that the flight was carrying humanitarian aid from the Turkish capital Ankara, a claim supported by Ukraine’s government.

However, at a press conference after the incident, the Libyan National Army said it blew up the craft because it was carrying military hardware destined for The GNA.

In its latest report on the United Nations arms embargo in Libya, published in December, a UN panel of experts said much of the weaponry was sent in the form of parts for drones, which have dominated the fighting in recent years.

The drone parts were often disguised as car parts, it suggested.

The UN experts examined the attack on the SkyAviaTrans/Volaris plane.

They concluded that the light payload for the type of aircraft and anomalies in its documentation meant “the cargo was military material of high volume and relatively low mass, such as the fuselage and wings of unmanned combat aerial vehicles,” otherwise known as drones.

It was “neither realistic nor credible” that the Libyan government would have needed so many car parts in such a short period of time, and that it would have transported them in a such an expensive manner, the panel said.