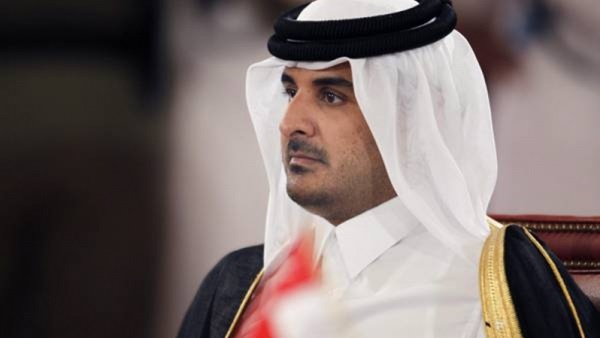 The Brotherhood is well aware that Muslims are not persecuted in Western democracies. However, the group’s strategy is to “sow dispersion within Islamic societies in the West, by affirming the feeling of oppression, which leads this minority to retirement or separation from society,” which leads it to intolerance and gradually working towards trying to islamize society by preaching strict values, at the expense of tolerance and openness.

The emirate of terrorism, Qatar, sponsors this brotherhood strategy, and the scandals of the Al-Hamdeen organization in the world are still continuing, as a French newspaper published a report indicating the financing of the Qatari regime for extremist groups, including the Brotherhood in France.

The French newspaper warned of the impact of Qatari financing on the holders of the extremist terrorist ideology in the French municipal elections scheduled for next March.

The newspaper pointed out that there are fears of winning or the emergence of parties funded by Qatar and adopting the ideologies of the Brotherhood, such as the Democratic Union of French Muslims.

In her article entitled “Behind the lists of candidates in the localities: the influence of Qatar and the Muslim Brotherhood’s influence”, the newspaper said that Qatar and the Brotherhood are working to support the community lists that intend to race or religion in the municipal elections, which represent the winning horse.

“We are concerned about the proliferation of societal lists for the municipal elections next March in light of the French government’s failure to take action to prevent foreign interference and lists Brotherhood in France,” the French magazine quoted French businessman John Pierre Marongiu, a former prisoner to Doha, who was held for 7 years without trial, as saying.

The French businessman had previously told his story with the Qatari regime in two books “The Journey to the End of the Qatari Hell” and “A French Hostage to Qatar”.

Marongiu indicated that French President Emmanuel Macron previously announced to the Mayors’ Conference in France recently his intention to impose a ban on “community lists” in politics, especially in the upcoming municipal elections.

Last December, a pro-Qatar advocate at a conference for a Doha-funded institution, the Arab Center for Research and Political Studies in Paris (Caribe), called for Muslim residents to use the electoral balance in polls, saying: “There are 6 million votes within our reach on societal lists for municipal elections.”

The magazine said that one of the relevant societal lists is the UDMF lists affiliated with the Brotherhood, and its founder, Naguib Azraq, describes it as a deeply non-sectarian, secular, and republican movement, but in fact it is one of the group’s arms in France.

The French magazine added that UDMF placed banners on the walls of a few targeted cities: Marseille, Amiens, Lyons, and Avignon, which are the cities where the Brotherhood is concentrated among the 50 municipalities across the country.