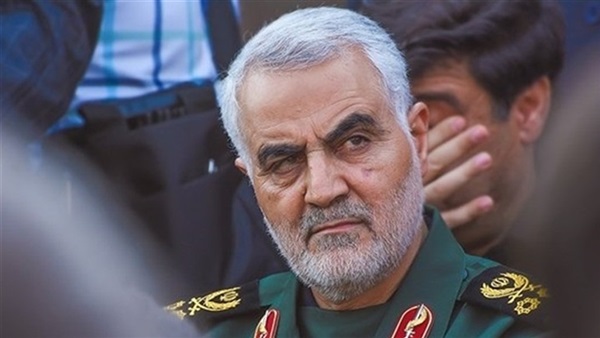 The possible scenarios in Iran… Internal differences and clear confusion

A report issued by Arab European Office For Research and Political Consulting stated that there is an acute dispute between the Iranian army and the Revolutionary Guards after the killing of the Quds Force commander Qassem Soleimani, and the outbreak of demonstrations in Iran.

The Arab-European Office mentioned in the report that, “The killing of Soleimani resulted a great shock that the Iranian regime and its arms could not pass, Soleimani, the man of difficult missions, the icon of the Iranian Revolutionary Guard, the commander of the Quds Force and the Persian national hero, killed, after an American decision declared by the president Trump.

The Office added in a report that the “reference” obtained a copy of it, that since Soleimani’s assassination on January 3, Tehran is waving revenge and responding to what it considered a crime against its most prominent leaders, while Soleimni is the most prominent name required in the list of terrorism.

About the reasons for his assassination the Americans talk about information confirming his attempt to carry out terrorist acts targeting American embassies, which led them to liquidate him.

How Khamenei invested in the killing of Qassem Soleimani

In light of the popular discontent in Iran over the deterioration of the standard of living as a result of economic sanctions, this system did not have solutions, it has been declared bankruptcy and its great inability to meet the demands of the street, which went out in mass demonstrations since November to demand the acceleration of reforms.

The killing of Soleimani was the only outlet that the Iranian regime used to turn cards in his favor and get out of the internal crisis by exploiting the assassination, to start, as usual, with the gathering operations and directing the compass to the Americans to sympathize the street and absorb its anger, so the director envisions his crisis, at least in this stage of reverse that is contrary to the opposite.

Downing of the Ukrainian plane in Iran

The report continued that in light of Iran’s search for how to respond to the killing of Soleimani, Iran is trying to shed light on its reactions and distracting the Iranian street.

Iraq was the starting point, through a soft reaction that never fell short of escalating official speeches. Iran’s missiles on two air bases in which American forces in Iraq existed were cold and peaceful, and were more like tinkering, until they provoked a great controversy in the Shiite community and pain Line insisted Iran, targeting little damage did not succeed as President Trump said in a tweet to him, everything is fine.

The report added that Iran after boisterous days boasting about Soleimani’s accomplishments and exaggerating his appreciation to the point of sanctification, is making a grave mistake turning the table on its head, which it believed was holding the reins, changed everything after the Revolutionary Guards committed the crime of shooting down a Ukrainian civilian plane with a missile, which prompted the Iranians To pour into the street in great anger over this crime, they tore apart Soleimani’s photos to announce his actions that ruined and ruined their country.

He explained that the Iranian street has completely lost its confidence in this system that has been lying, and it became clear from the crime of shooting down the Ukrainian plane, which he tried to hide his fingerprints from, wrapped in his tricks and lies that he was reeling, but the Revolutionary Guards recognition after three days of the incident, caused a great wave of discontent with the Iranians who This news appalled them and descended on them as a thunderbolt, because of lying and the lack of transparency with it, and why lies mainly, so the street wonders.

The report considered that the exit of the Iranian street with widespread demonstrations raising the slogan “Khamenei’s resignation” as a decision by the Iranian people, who had an absolute conviction that any change can only be made by bringing down the clique of the current regime at the head of Khamenei, pointing fingers at him to block reforms and improve living standard.

The report pointed out that there are many scenarios awaiting the Supreme Leader’s regime in Iran, after the downing of the Ukrainian plane, it is possible that the Iranian scene will witness important developments in the coming weeks, but it is too early to talk about the fall of this system without military and armed strength that surpasses it.