Latest Posts
16:27
Home Reports The outcast paid the bill for its ego: Berlin conference, the isolation of Erdogan and the fragility of his policy 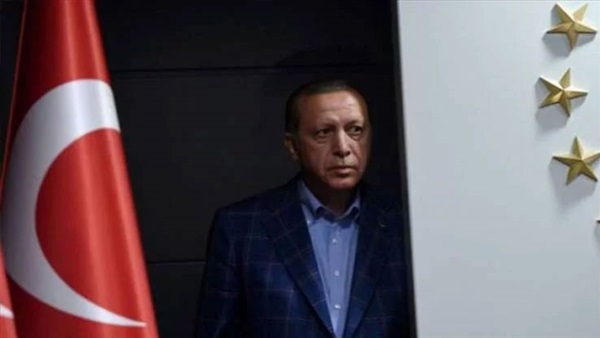 The outcast paid the bill for its ego: Berlin conference, the isolation of Erdogan and the fragility of his policy

The results of the Berlin conference on the Libyan crisis confirmed the isolation of Turkish President Recep Tayyip Erdogan, and his weak political position from interfering in the line of that crisis. It is noticeable that the composition of the invitees to the conference was significant, as it consisted of Germany, the host country, and the top five countries, always members in the UN Security Council, Egypt, the UAE, Turkey and Algeria; and finally Italy, with historical experience in Libya.

The presence of Egypt, the Emirates, Algeria, and the Arab League carried an important message, stating that the tragedy of Syria will not be repeated in Libya, and this combination prompted the Turkish President to back down, by announcing that he did not send weapons or soldiers to Libya, but only sent advisers and trainers, and added to the weakness his position, harmony of the Egyptian-Emirati position, which was clear in the conference.

A few weeks ago, Germany did not intend to invite Turkey to attend the conference, based on its conviction that the Turkish presence at the Palermo Conference in Italy 2018 was a hindrance to understanding and provoking crises, but the desire of the international community to obtain Erdogan’s signature on the fifth item, from the recommendations of the Berlin conference, on not sending troops or mercenaries to Libya, was a major reason for it to be held accountable, according to Ghassan Salameh, the UN envoy to Libya.

The results of the conference confirmed the exclusion of Ankara because of the effects of the crises in the region, as well as the European Union reducing the accession aid allocated to Turkey this year significantly, as it will receive only 168 million euros from the funds of the program allocated for rapprochement with the Union, and 150 million euros will be allocated from this for democracy and the rule of law while 18 million euros will be earmarked for the rural development program.

European Union countries are fed up with the crises, which the Turkish president has been exporting to the old continent, on top of which are the border demarcation agreement between Turkey and the Libyan reconciliation government in Tripoli, which allows Ankara to prospect for gas near the Greek and Cypriot coasts in the Mediterranean.

The European Union violating the sovereign rights of other countries also creates future threats at the regional level, and reflects the deterioration of relations with Turkey.

Due to the escalation of European anger, the military role, which Turkey exercised in Libya; to impose its political presence, the details and the size of this role may have been a matter of dispute, but it is certain that there is currently a group of Turkish military personnel in Misurata, who provide strategic, information and training support.