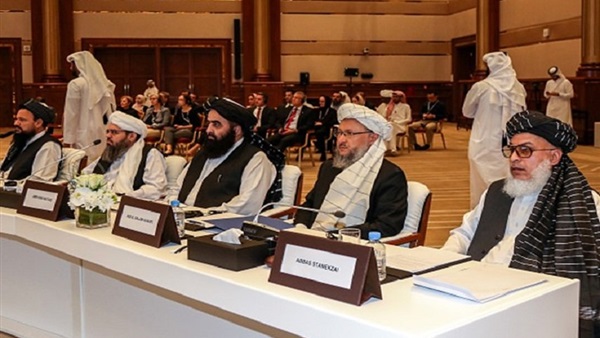 Returning for a second round of Afghan negotiations after a break, the Taliban are looking to sign a formal agreement with Washington by the end of January 2020.

According to a tweet from the spokesperson for the movement’s political office in Qatar, Suhail Shaheen, he expressed optimism about the new negotiations that started with the American delegation headed US peace envoy in Afghanistan Zalmay Khalilzad.

Shaheen confirmed that the Taliban delegation led by Mullah Abdul Ghani Baradar has been continuing its negotiations with the Washington delegation since January 16, seeking to reach a solution that satisfies all parties. He point out in press statements that the movement will reduce its military operations without a complete ceasefire in the region, a reference to the internal decision of the Taliban leadership.

In a press interview with Front Line on January 17, Baradar indicated that the agreement with the United States will conclude once the latter withdraws from Afghan soil, which means that this is a prerequisite for the success of the negotiations. He added that Washington made a big mistake by coming to Afghanistan and carrying out military campaigns.

Despite reports being circulated about the reduction of military operations, Shaheen did not indicate this clearly, and the movement’s media site is still publishing about various targets.

On January 18, the Taliban announced that its militants targeted US forces with an explosive device in the province of Oruzgan, which resulted in the destruction of an armored vehicle and the deaths of six soldiers. It also announced that the American military base was targeted “by locals” with missiles, without mentioning any statistics about the victims.

Accordingly, it appears that the Taliban’s military operations are still ongoing. According to Ali Bakr, researcher of extremist movements at the Al-Ahram Center for Political and Strategic Studies, these attacks are considered a card used by the movement to pressure the American camp and confuse the Afghan government, which in turn refused to reduce military operations, due to the movement’s demand for a complete ceasefire.

Bakr also stressed in his statement to the Reference that the Taliban has strong influence on the ground and controls many geographical areas in the country. Accordingly, it has maneuvered to the maximum extent to enable its many demands on the American side, chief among them the withdrawal of US forces, the release of its detainees in American prisons, and removing many of its elements from US and international terrorism lists.

Meanwhile, Nourhan El-Sheikh, political science professor at Cairo University, believes that the situation in Afghanistan is very complicated, primarily due to the US political decision. From her point of view, there is no real will on the part of the Washington administration to neutralize the Taliban due to the commercial transactions of weapons and military equipment deals in the region.

El-Sheikh told the Reference that the Taliban has close ties and interests with al-Qaeda, and it is not likely that the two organizations would sever their relations quickly once an agreement is signed between the Taliban and Washington. She stressed that there are inconsistencies in the political positions within the United States regarding reconciliation with the Taliban. There are those who see the benefit in keeping the US forces in Afghanistan, while others hold contrary views.