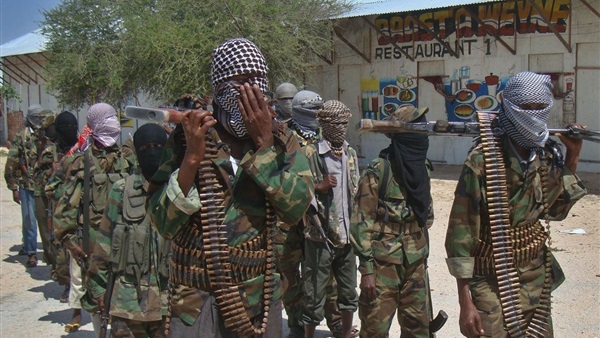 On January 20, al-Qaeda’s media wing published a statement about targeting the US base Camp Simba in Manda Bay, in the Kenyan province of Lamu, as part of the “Jerusalem will not be Jewish” series of attacks launched by the terrorist organization against the backdrop of the announcement by US President Donald Trump moving the US embassy to Jerusalem in May 2018.

The statement said that the Manda Bay operation was preceded by a number of operations by the Al-Shabaab movement in Nairobi, Kenya; Aguelhok, Mali; and Baledogle, Somalia. The latest attack, which they called the Battle of Manda Bay, resulted in the death and injury of dozens of Americans and the destruction of a large number of vehicles and aircraft.

Although there is no direct occasion or new event calling for the implementation of the last operation at this time, the statement addressed the people of Palestine, calling for the restoration of Jerusalem by establishing and reviving the concept of a single nation that fights its enemies. The statement also sent a message to the United States, saying that the coming tragedy will be worse.

“The attack was a serious security collapse given the size of the target and the location of the base near the border with Somalia,” said Morethi Mutega, director of the Horn of Africa project at the International Crisis Group, based in the Kenyan capital Nairobi.

It is worth noting that the last operation came nearly two weeks after the death of Qassem Soleimani, commander of the Iranian Revolutionary Guard Corps, in a US military operation that took place on January 3. This brings to mind Iran’s relationship with Sunni armed groups, led by al-Qaeda and its branches in Africa, where Iran is invading in an undeclared manner, within the framework of its soft policy, which gives it an aspect of flexibility that facilitates it achieving its interests without entering into a direct war of revenge with the United States, which is likely to be the last operation in revenge for the killing of Soleimani.

Iran is taking advantage of the chaos in the Horn of Africa by carrying out revenge operations against its opponents on the continent and assisting the Houthi militia in Yemen, which has been revealed by several international reports over recent years.

In September 2017, the Somali Al-Shabaab movement seized uranium deposits in the Galmudug region, and Somali Foreign Minister Yousef Jarad Omar confirmed in a diplomatic message to the American ambassador that the terrorist movement transferred this material to Iran in order to support the latter’s nuclear program.

Relations between Iran and Al-Shabaab have increased dramatically, as revealed by a UN report in October 2018, which stated that Tehran used Somali ports under the guise of commercial activities and the exploitation of natural resources.

The report said that these relationships included false commercial operations, by using false certificates of origin from Comoros, Ivory Coast and Ghana, for allegedly importing Somali charcoal before being refilled in envelopes bearing the slogan ‘Made in Iran’, while Al-Shabaab received nearly $7.5 million from this deal.

The report indicated that the Iranian Revolutionary Guards and its Quds Force are the facilitators of these illegal activities.

The United Nations also revealed in July 2013 that the Somali Al-Shabaab movement had received weapons, including improvised explosive devices and PK automatic weapons, from networks linked to Iran.