Latest Posts
17:24
Home News Sultan of Oman dies and is succeeded by cousin 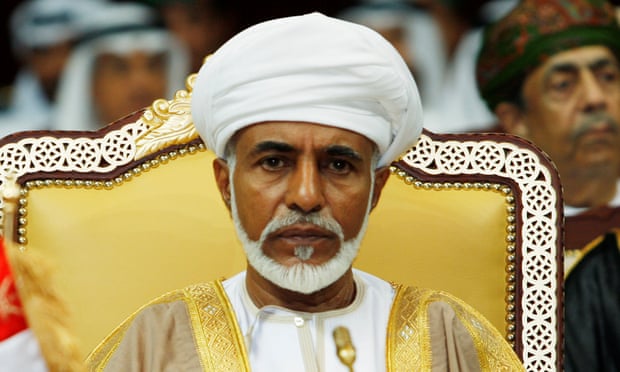 Sultan of Oman dies and is succeeded by cousin

Oman’s Sultan Qaboos bin Said, the Arab world’s longest serving ruler with a reputation for quiet diplomacy, has died at the age of 79.

Reports early on Saturday said his cousin, Haitham bin Tariq al-Said, was being sworn in as the new sultan, ending decades of speculation over who would succeed the popular ruler.

A former British protectorate in the Arabian Peninsula, Oman has been ruled by Qaboos ever since a bloodless coup against his father in 1970 enacted with the help of Britain. He has travelled abroad for treatment for colon cancer at least twice since 2014 and had just returned to Muscat from hospital in Belgium.

Qaboos had no children and, following protocol, had not publicly appointed a successor. A 1996 statute says the ruling family must choose a successor or the name would come from a sealed envelope left by Qaboos. The royal family was hurriedly convened over Friday night to discuss the succession, reports said.

The Omani consitution says the sultan should be a member of the royal family as well as “Muslim, mature, rational and the legitimate son of Omani Muslim parents”.

There were believed to be more than 80 eligible candidates for the throne.

Haitham bin Tariq al-Said, 65, has been heritage and culture minister since the mid-1990s. He was previously undersecretary of the ministry of foreign affairs for political affairs and also the first head of Oman’s football federation in the early 1980s.

His appointment comes as something of a surprise to Omanis, who widely assumed that the name of 65-year-old deputy prime minister for international relations and co-operation, Asad bin Tariq al-Said, was in the sultan’s envelope.

A three-day period of official mourning for the public and private sectors had been declared, state media said. “With great sorrow and deep sadness … the royal court mourns His Majesty Sultan Qaboos bin Said, who passed away on Friday,” said a statement from the royal court.

State news agency ONA said Qaboos died after “a wise and triumphant march rich with generosity that embraced Oman and extended to the Arab, Muslim and entire world and achieved a balanced policy that the whole world respected”.

While he brooked no dissent, fighting off Dhofar rebels with Britain’s help, Qaboos ruled with a lighter hand than many Gulf leaders and transformed the country from a backwater where slavery was legal and with just six miles of paved roads into a wealthy modern state.

Having played a role in Iran’s nuclear deal with world powers while preserving its membership in the Saudi-led Gulf Co-operation Council and facilitating mediation efforts in Yemen’s civil war, Oman’s policy of “friend to all and enemy to none” means Muscat has emerged as the Gulf’s discreet mediator. It remains to be seen whether the next ruler will take the same moderate approach in a region often in turmoil.

Analysts worry about royal family discord, and a resurgence of tribal rivalries and political instability, at a time when young hawks have assumed power in neighbouring Saudi Arabia and the United Arab Emirates.