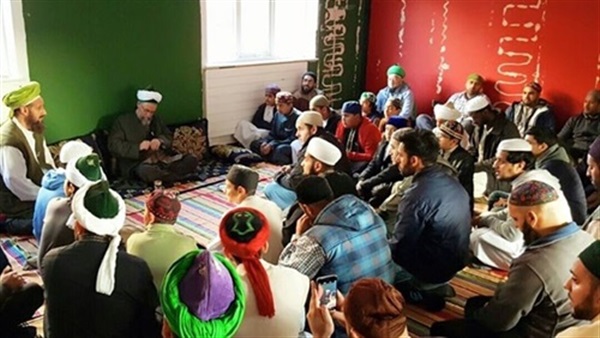 More than 10 years ago, the world looked for a new face of Islam, to destroy the extremism ideas, and the needy for an intellectual opponent were inevitable.

At this time, the Western research centers began to work to find this intellectual opponent, finally they considered the Sufism may be the closest proposition.

Sufism was polished and pushed to the forefront of the political scene in the Arab region as an alternative to the Misinterpreted Islam, but that not success.

The old western trends towards Sufism indicate that it is possible that the latter will once again be the moderate faction that relies on intellectual confrontations with the Takfiris, but is it qualified?

There is a set of transformations that have been inserted into the sufism based on the alienation from public life and asceticism in worldly affairs.

The majority of the Sufi movements tend to adopt non-dynamic principles and ideas that are contrary to human nature and are incompatible with the issue of human fragmentation through the principle of asceticism.

But there are trends within Sufism to integrate them into public work, or to employ them to serve the political process, which we can call politicization of the Sufis.

Political employment is an attempt to integrate a particular direction that was not political, to engage in the political process and to start taking all the political mechanisms to empower itself.

These include participation in political action and the establishment of political parties, or participate in it.

Western countries aspired to find an alternative to the radical Islamist trend. A number of research centers, after the events of September 2001, ignited the need to block radical streams through several strategies, including support for liberal currents that are an extension of Western culture. And support traditional religious groups represented in Sufi methods. The West seeks through Sufism to adopt its idea of​​separating religion from the state and the religious arena in the Sufi current as an alternative to the Salafist and Muslim groups, and supported a number of international conferences to spread Sufi thought in the Arab world, including the conference “Sufism is an Authentic Approach to Reform” “Together to Activate the Role of Sufi Roads in Africa”, 2005.

“It is currently noticeable that European intellectuals and thinkers, who often followed the philosophy of seeking facts, developed a tendency towards Islamic Sufism and its spiritual rituals,.

Sufism spread among intellectuals and thinkers in France during the early 20s. French writers Louis Massignon and Henry Corbin and how Sufism influenced them and their writings.

The world is in a state of fascination and astonishment in the face of the model of Daesh and Al Qaeda and the terror of the Muslim Brotherhood. It is in need of the rational Islamic model that restores the balance of East-West relations, protects the universe from destruction and provides the civilized image of Islam. It is noticeable that Western studies that preceded and kept abreast of the misinterpreted Islam had put forward the model of the mystical current.

Sufism is an Islamic weapon to counter the attempts of extremism based on ignorance, and do not realize the real significance of the correct religion.

On the other hand, Abu Yaroub al-Marzouki, the Tunisian philosopher specializing in religious philosophies, sees Sufis divided in “both of them a form of violence”, whether violent intolerance to principles or negative violence.

He indicates in statements to Agency France-Press, that the first section is the division of Sunni Sufism, which is a defensive jihad against colonialism and the enemy, according to which its followers sought to protect their country at the time of colonialism, as happened in Libya with Muhammad Idris al-Senussi who resisted Italian colonialism and was a mystic, which is what It can be considered a form of violence, according to the philosopher.

The second section, which is the surrender and negative, which accepts the oppression and violence of the state, and which Marzouki considers to be “violent and negative”, and according to his opinion, the mystic is silent on the repression practiced by the state even if it prolongs and returns it to God’s destiny and destiny.

According to al-Marzouki, the involvement of Sufis in politics can create violence, or justify violence against individuals from governments based on his convictions.

Marzouki pointed out that the experience of countries that embraced Sufism and were able to confront extremism far from the policy followed in it cannot be measured.

Al-Marzouqi believes that tackling the economic and social situation and supporting the cultural field is the solution to extremism.