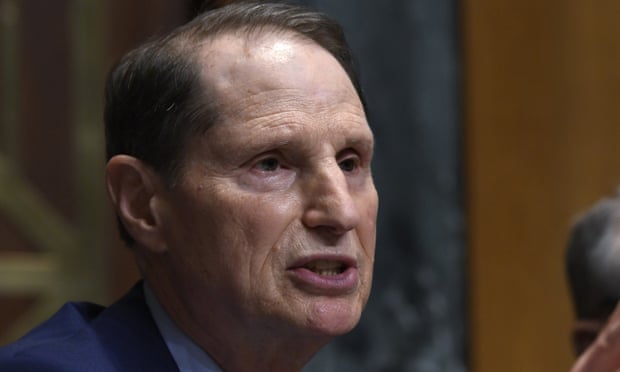 The US National Security Agency is facing questions about the security of top Trump administration officials’ communications following last week’s allegations that the Saudi crown prince may have had a hand in the alleged hack of Jeff Bezos.

Ron Wyden, a senior Democratic lawmaker, asked the director of the NSA whether he was confident that the Saudi government had not also sought to hack senior US government officials, including the White House adviser Jared Kushner, who has reportedly had a WhatsApp relationship with the Saudi heir.

Wyden pointed to the resignation in October 2019 of Dimitrios Vastakis, who headed network defence at the White House before his departure, and reportedly said that the White House was acting in a way likely to lead to its being electronically compromised.

“It is no secret that foreign intelligence services target senior US government officials and seek to compromise their professional accounts and devices as well as their personal ones,” Wyden said.

The senator from Oregon is separately seeking to force the Trump administration to officially release the intelligence it collected on the murder of Jamal Khashoggi, the Washington Post journalist who was killed in a state-sponsored murder in October 2018.

Wyden told reporters he believed Republicans were fed up with the Saudis on Capitol Hill, and that some could support a legislative move to force the Trump administration to release a non-classified report into Khashoggi’s murder, despite resistance from the White House.

Wyden’s letter to the NSA director, Paul Nakasone, comes just days after the Guardian first reported allegations that Bezos, the owner of the Washington Post and Amazon founder, was believed to have been the victim of a hack that was instigated after he allegedly received a WhatsApp message from the account of Crown Prince Mohammed bin Salman.

The issue is now the subject of an investigation by two independent UN investigators.

The Bezos allegations have been met with shock, though some information security experts have raised concerns and questions about the initial report into the alleged hack, which was conducted by former FBI experts at FTI Consulting.

The White House has said it was aware of the issue and took it seriously, but has not offered any substantive answers to questions about whether Donald Trump, the US president, or Kushner, his son-in-law, were compromised.

Media reports, including by CNN and the New York Times, have said that Kushner used WhatsApp, the popular messaging service, to message directly with Prince Mohammed.

The White House declined to comment. A lawyer for Kushner did respond to multiple requests for comment. The Saudi government has tweeted that the allegations of a Bezos hack by Saudi Arabia are “absurd”.