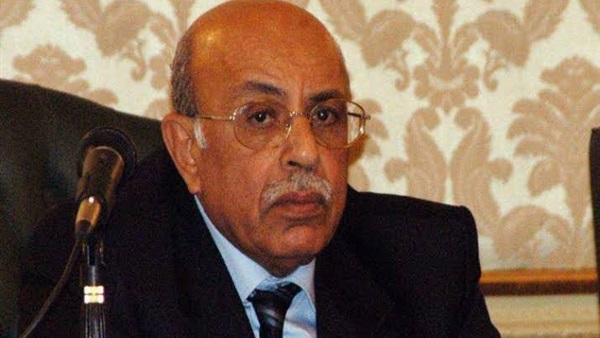 There is growing interference by major states in the internal affairs of smaller states and this is becoming a phenomenon on the international stage.

This is happening for strategic and economic reasons, especially the appearance of petroleum or natural gas on a massive scale in some areas, including the Gulf area, the Eastern Mediterranean and the Western Mediterranean.

When doing this, however, major states claim that they do not violate the non-interference principle enshrined in Article no. 7 of the United Nations Charter. They interfere in the affairs of other states, they say, only to bring stability and calm back to them. They add that they make this interference to rescue civilian institutions and civilians or in response to official requests from governments that are usually in internal conflicts with organizations and parties that are loyal to other countries.

Turkish interference in Libyan affairs is probably the most recent and most dangerous example in this regard. This interference reached the stage of hammering out an agreement between the Turkish government and the Tripoli-based Government of National Accord (GNA) which is headed by Fayez al-Sarraj. One of the agreements signed in this regard is for the delimitation of maritime boundaries. The surprising thing is that there are no shared maritime boundaries between the two states.

By doing this, Turkey commits a flagrant violation of international law. The agreement allows Turkey to provide the GNA with military equipment, soldiers, officers and experts. This was denounced by the entire international community because it jeopardizes the security of the Mediterranean and complicates the Libyan crisis. It is also a clear threat to the ability of regional states to exploit the natural wealth of the region, which violates the Law of the Sea.

In this article, Dr Mufied Shehab, a professor of international law at Cairo University and a former minister of higher education, presents a full view of the non-interference principle in theoretical and practical contexts.

Non-interference in the affairs of other states as a principle

Interference rose dramatically in the last 20 years, including military interference by major states in smaller states. This happened in the cases of Latin American, Asian, African and Middle Eastern states where there are internal conflicts. In doing this, major states claimed to aim at ending conflicts to bring about security and stability or offer humanitarian aid to the peoples of the countries where they are interfering.

In all cases, interference only led to violating the sovereignty of states and increasing the number of dead and injured victims. It also led to massive destruction and a devastation of the economies of the states where major states are interfering. A look at Afghanistan, Iraq, Libya, Syria and Yemen can show this very clearly.

How foreign troops enter sovereign states is a question that needs to be answered. In most cases, the presence of these foreign troops led to civil wars that threatened the territorial integrity of states.

The absence of any role by the United Nations and the Security Council in these cases also raises another set of questions. It is astonishing that the international community turns a blind eye to interference by some states in the affairs of other states, an act that violates the non-interference principle enshrined in the United Nations Charter.

Article 2 (7) of the charter states that the United Nations has no authority to intervene in matters which are within the domestic jurisdiction of any State, while this principle shall not prejudice the application of enforcement measures under Chapter VII of the Charter.

This article underscores limits to interference by the United Nations in the internal affairs of its own members.

Dumbarton Oaks (October 1944) proposed restricting the power of the organization to interfere in the domestic affairs of member states to the resolution of conflicts in a peaceful manner.

Nonetheless, during the San Francisco Conference (June 1945), the same restriction was considered a basic principle regulating the work of the United Nations in all economic, political and social fields, not in the field of international conflicts alone.

In saying this, these people cited a similar judgment in Article no. 8/15 in the charter of the League of Nations. This article did not restrict the powers of the league that decisively.

Non-interference is one of the most important principles in the United Nations Charter. However, problems face the application of this principle. Countries violate this principle for illusory causes. They always hide their strategic interests behind this interference.

Major states usually interpret international law in the light of their own national interests and strategies. American interference everywhere in the world is a case in point.

Interference can be defined as the act of interfering in the domestic affairs of other states, in the absence of a legal basis, and with the aim of forcing this state into submission. Non-interference as a principle is mentioned in a large number of international treaties.

Resolution 2131 of the United Nations General Assembly, which was adopted on December 21, 1965, bans the interference in the affairs of states, including by backing terrorist groups that aim to change the regimes in these states.

Non-interference is regulated by the presence of an international legal system that decides the conduct of political entities and guarantees co-existence between them. The same system equates the same entities in terms of sovereignty, and the freedom to choose political, economic, social and cultural systems.

Non-interference as a principle immunizes states against foreign pressures, were they military, political or economic.

Interference has many forms to it. These forms include the following:

In terms of nature, interference can take a political, economic, military, cultural, financial or ideological nature.

In terms of form, interference can be direct and indirect.

In terms of actors, the interference can be made by an individual country or by a group of countries. It can also be made by an organization, such as the United Nations or NATO.

Countries view the same issues in the light of their own interests. This turns internal affairs from a legal concept into a political concept, depending on the political direction of the majority of states inside the United Nations.

Nevertheless, there is unanimity on some issues. These issues include the internal constitutional system of states, military service, and diplomatic relations. The same thing applies to citizenship issues, the treatment of foreigners, and limits to immigration.

Some delegates participating in the San Francisco conference suggested to make the International Court of Justice an arbiter on what subscribes to an internal affair. Other delegates said the Security Council should be the arbiter in this regard. However, neither suggestion was applied.