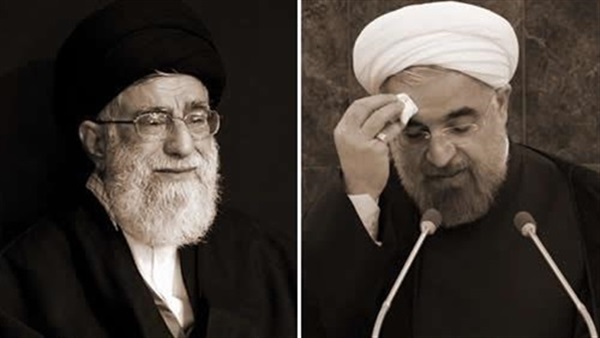 The Mullahs’ regime has been recently facing various and new challenges, especially popular demonstrations demanding its departure from power, which have been going on for several months.

Protests in Iran have been soaring since Iran’s Interior Minister Abdulreza Rahmani Fazli announced the sudden 300 percent increase in the price of gasoline last November, saying that it was a decision by the country’s High Council for Economic Coordination.

Popular anger again raised when the Iranian Revolutionary Guard Corps (IRGC) admitted it had shot down a Ukraine International Airlines Boeing 737-800 with 176 passengers and crew on-board after three days of strong denial.

According to reports by the People’s Mujahedin of Iran, an Iranian political-militant organization that advocates overthrowing the Mullahs’ regime, numerous protesters have emerging across Iran, including labor strikes, such as protests in Khuzestan province led by boat-operators, dock workers at Imam Khomeini port (Iran’s second largest commercial port), and steelworkers in the provincial capital, Ahvaz.

Moreover, hundreds of people who have not been able to withdraw their deposits from the IRGC-affiliated Caspian credit institution staged a protest gathering outside the regime’s judiciary office in the capital, Tehran, chanting angry slogans.

Protests also included  demonstrations in the city of Islamabad,  where employees of the railway agency went out to demonstrate in front of the recently appointed sub-governor’s headquarter , in protest against the delay in their salaries for five months.

Also, residents of the southern Iranian city of Borazjan have blocked the main road leading into the city as part of a protest over water and gas shortages. A provincial official in Borazjan has admitted that since the beginning of the spring the water supply to the area has decreased by 30,000 cubic meters daily.

Based on local reports, the taps in Borazjan have been dry for several days, and residents blame corruption and mismanagement by local authorities for the water crisis.

Iranian protests were also spotted in Berlin, Paris, Washington, Hamburg, and other cities against the policies and repression by the Mullahs’ regime, demanding its oust.

The European Parliament held a meeting to discuss the situation in Iran, January 14, 2020, and members of Parliament supported the demands of the Iranian people, calling on the mullahs’ regime to stop suppressing the demonstrators.

Workers can barely make ends meet in Iran. Their meager wages, if paid on time, puts them squarely under the line of poverty. Most workers are the breadwinners of families with several children. Prices have also increased after the regime tripled the prices of gasoline in November putting more pressure on Iranian workers.

Over the course of 2019, workers protested months of delayed paychecks, widespread layoffs and the privatization of factories and companies.