Latest Posts
22:27
Home Islamist Movements Islam is in danger: The new Brotherhood game in America after liquidation of Soleimani 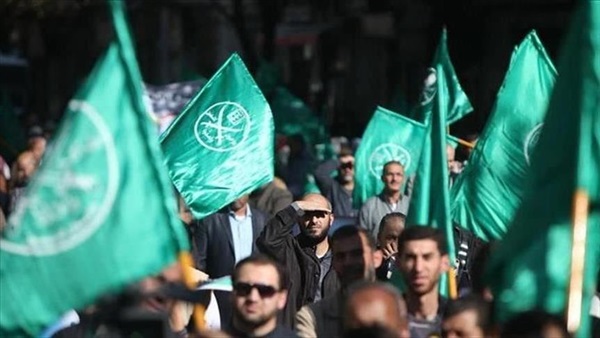 Islam is in danger: The new Brotherhood game in America after liquidation of Soleimani

As events escalate between Washington and Tehran following the targeting of the first commander of the Quds Force Corps, Qassem Soleimani, the international organization of the Muslim Brotherhood, the United States branch and its representative, the Council on American Islamic Relations or CARE, are active in employing events to serve their political agenda and support their allies at home and abroad.

In the wake of the incident targeting the American militia leader in the Middle East, Soleimani, CARE began publishing data on the need to respect human rights and the standards of American citizenship when dealing with citizens of Iranian descent and immigrants, as well as transforming the purely political struggle of a religious battle that threatens Muslims.

CARE advisory council published on its official page on the social networking site Facebook a statement entitled “Know your rights” for the sake of the Iranians affected by the current crisis, claiming that a source of its own refused to mention its name.

The statement included the statement of the executive director of the Washington branch of the Council. It read that CARE strives to verify the reports received about the detention of Iranian-American citizens in the ports of entry. In addition to that, the director of litigation at the CARE branch in New York, Ahmed Mohamed, said that they also received information about the detention of people of Iranian origin in New York Customs and Ports, noting that the citizen who arrives in New York is an American returning from Iran and the authorities must respect human rights.

Ahmad Muhammad added that he also had information from private sources about the detention of 60 travelers of Iranian origin and their interrogation with inappropriate questions about their political views and their vision about the current Iranian authority and its practices towards American and international society.

The CARE Foundation entered the Iranian-American crisis in a different way, as it was not satisfied with pitting the Iranian minority in the United States, creating a crisis situation and promoting its expansion. Rather, it exploited the political battle in a religious way to hone sympathy against Trump.

The CARE Foundation highlighted Trump’s tweets about US House Speaker Nancy Pelosi and Congressional Democrat leader Chuck Schumer reposting a photo showing Pelosi and Schumer with a headscarf (hijab) behind them, Iran’s flag, to signify that their positions in parliament serve Tehran, not Washington, with regard to the campaign that Democrats led against Trump to undermine the use of force against Iran as well as to try him on domestic issues.

Then, CARE turned the tweet from a mere internal political struggle into a religious crisis to reduce Trump’s popularity and promote the need to withdraw confidence from him.

The Council of American Islamic Relations published a statement on January 13, 2020 in which it expressed its dissatisfaction with Pelosi’s veiled display of the negative connotation it has towards Muslim dress and increases Islamophobia in the country.

In the statement, the CEO of CARE Nihad Awad said, “Trump’s tweet expresses the lack of professionalism, heinous attack, and hostility to Islam and Muslims, which increases the risk of being targeted by fanatics in the country, accusing Trump of deliberately insulting Muslims through his policy of religious intolerance and potentially spreading in Countries.”

Awad called on all Americans of all religions to oppose the religious hatred promoted by Trump, adding that these acts increase intolerance.

He pointed out that the Council monitored an unprecedented rise in intolerance against Muslims in the country during the recent times, particularly since Trump was elected President of the United States.

While Awad claimed that the Los Angeles branch office received a bomb threat at its headquarters during the annual banquet attended by Democratic Party deputy, Ilhan Omar, referring to Ilhan’s accusation of sympathy for political Islam groups and specifically the base responsible for the September 11 attacks.

Besides, the council posted on social media on January 13 that council representatives will be located in Washington headquarters to respond to media inquiries, interview journalists about this matter, and discuss Trump’s abuses of Muslims.