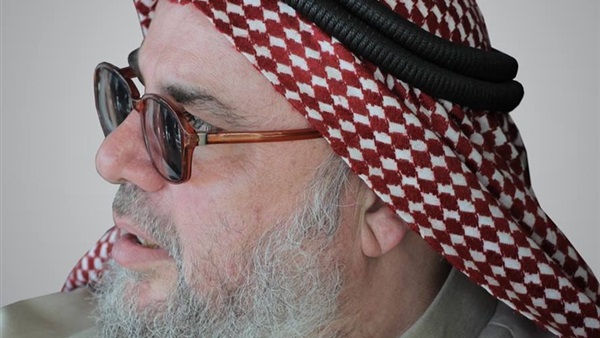 ISIS mufti in the hands of Iraqi security

A SWAT team arrested al-Nima recently in Mosul and took him away on the back of a truck because of his vey heavy weight, 254 kilograms.

This man issued fatwas that led to the killing by ISIS of hundreds of innocent people in Iraq, including scholars.

He issued a fatwa for the blowing up of the Prophets Mosque in Nineveh on July 2014. Al-Nima issued this fatwa because of the presence of a burial chamber inside the mosque. This was one of many mosques destroyed by the terrorist organization in Iraq.

Al-Nima’s sermons were full of hate and incitement for the killing of security officials. He issued a fatwa for evicting Christians from their homes in Mosul.

Al-Nima took over the responsibility of issuing fatwas for ISIS on November 3, 2014, soon after the death of Osama Abdel Wahab al-Taie, who occupied this position before him.

Before joining ISIS, al-Nima was a member of the Islamic Scholars Authority, an affiliate of the Muslim Brotherhood in Iraq.

He was the head of the branch of the authority in Mosul. He also headed a center for teaching the holy Quran in the same city.

He has two sons, including one, Abdullah, who was also a member of ISIS. He groomed Abdullah to succeed him. Abdullah aided his father and sometimes issued fatwas for him, despite his young age.

Al-Nima’s other son worked for ISIS as well. His son-in-law worked at the Republic Hospital in Mosul. His brother also worked for police in Mosul. He used to incite ISIS terrorists against Iraqi security men. This man was arrested on January 17, 2020.

Al-Nima graduated from the Islamic University in Nineveh. He worked as an imam at Martyr Mazen Mosque in the city. He actively propagated takfiri ideas and turned the mosque into an important meeting point for ISIS terrorists.

When ISIS appeared, al-Nima commended the establishment of what he described as “Islamic caliphate”.

He also described ISIS terrorists as “liberators”. He spied on fellow men of religion and tipped ISIS about those who opposed it.