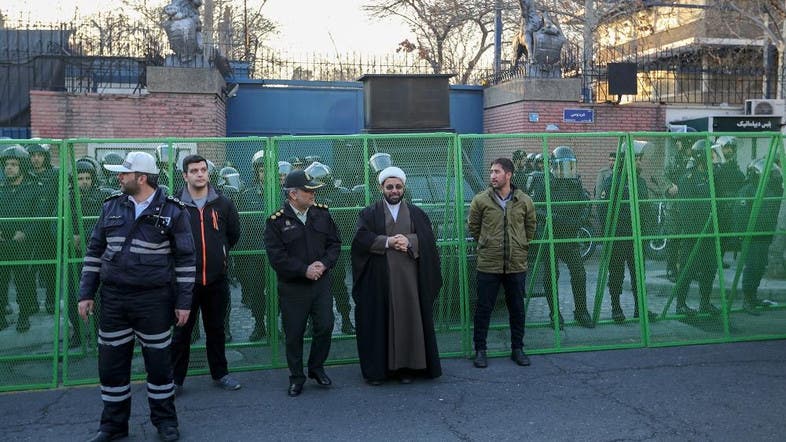 Prominent hardline Iranian cleric Ayatollah Ahmad Alamolhoda said expelling the UK ambassador would be “the best thing that can happen to him” as otherwise loyal supporters of slain IRGC commander Qassem Soleimani would “chop him to small pieces.”

Alamolhoda is the leader of Friday prayers in the eastern Shia Muslim holy city of Mashhad. His remarks were carried by Eslahat news website. Videos of his speech circulated on social media.

Iran’s judiciary said on Tuesday that Britain’s ambassador to Tehran was an “undesirable element”, state media reported, after Iranian officials accused him of attending an illegal protest despite his denials.

Iran’s Foreign Ministry, which had summoned him to complain over the incident, would be responsible for announcing any move to expel Rob Macaire, who has been in the post since 2018.

British Foreign Minister Dominic Raab said London had received no formal notification that Macaire would be expelled, adding that any such action would be regrettable.

“Based on international regulations, the British ambassador in Iran is an undesirable element,” judiciary spokesman Gholamhossein Esmaili told reporters, when asked about the British envoy. His remarks were carried on state television.

Macaire was briefly detained on Saturday, which Iranian officials said was because he attended an illegal demonstration that took place amid public anger over Iran’s belated admission that its military shot down a passenger plane.

The ambassador said he had attended a vigil for victims of the crash. London said his detention was a violation of diplomatic conventions.